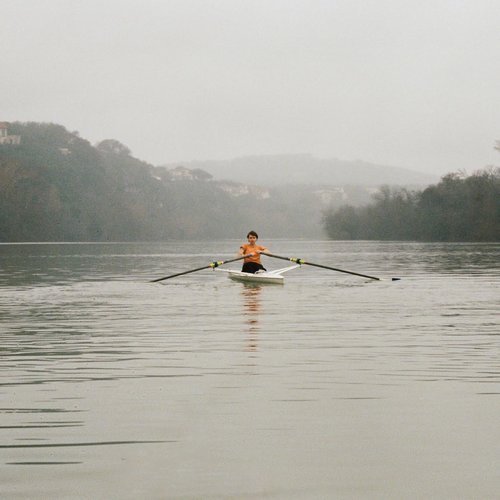 Emily Cross, aka Cross Record, had an eventful three years between making her third self-titled LP and the release of sophomore album ‘Wabi Sabi’. She divorced, quit drinking, become a death doula (someone who helps people make decisions and overcome challenges towards the end of their lives), and started an observation podcast ‘What I’m Looking At’. Coupled with the life changing events that bridged the gap between albums, Cross took to pushing herself creatively with her new release; she experimented with all manner of otherworldly sounds while detuning her voice, so to push her range into a multitude of different avenues. ‘Cross Record’, as I’m sure you can imagine, has a cathartic edge to it, whilst allowing Cross’ vulnerability to be laid bare for everyone to hear.

Cloaked in minimalist electronics, ‘Cross Record’ slowly slithers along at a glacial pace coupled with a nocturnal hue. At times it can unravel in an unsettling and disorientating manner; opening track ‘What Is Your Wish?’ has Cross uttering the song’s title over and over again, as mechanical noises hum with a distant threat. ‘Sing The Song’s modem glitches and eerie, ghostly vocals chart what appears to be a human’s lifecycle. Cross plunges the listener into a full gamut emotion; “have a child/throw your dreams away” fills the same airspace as “break the bread/see the sun/live well/live long”. The sprawling 7-minute opus ‘Y/o Dragon’ carries a dark menace, punctuated by constant tribal drums and an oscillating electronic scree. Metal clanks and faint robot buzzes frame Cross as she nonchalantly states “be a dragon/that’s how I’ll help myself” after all, who fucks with anything that can breathe fire right? The subject of detachment and death reoccur via ‘I Release You’ and ‘An Angel, a Dove’; the former, a detached song of sorrow, just a desolate piano and Cross’ hushed tones. The singer will question “why can’t I bring the world with me?”. Whereas ‘An Angel, a Dove’ ruminates on the notion of being transported to heaven by a fragile, white feathered bird “how can you carry me?”, as if to worry that the small creature won’t be able to bear the weight of a disembodied spirit. This is all enveloped by future-retro electronics that invoke the cyber worlds of Tron and Blade Runner, while the final ebb swathed in orchestral flourishes just exemplifies the track’s cinematic stature. The rawest moment on Cross’ eponymous record goes to ‘Face Smashed, Drooling’ a devasting internal monologue centred around our protagonist’s decision to put down the bottle. The singer delivers the disarming “I wake up/face smashed and drooling/I’ve had enough/look at me/no longer will I drink the poison/though it tastes like the setting sun” while synths glow and hum with a dejected sparseness.

While ‘Cross Record’ can appear cold and isolated, it’s an album that, although hurt and vulnerable, presents itself as very human and undeniably strong.