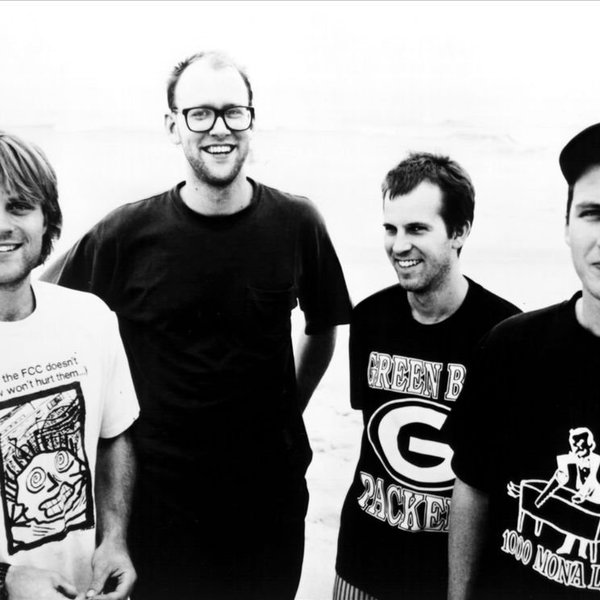 On January 29, 2016, Merge will reissue the first two full-lengths by Crooked Fingers, the solo project of Archers of Loaf frontman Eric Bachmann. Originally released in 2000, Crooked Fingers—a.k.a. “the one with the swan on it”—will be pressed on vinyl for the first time and include a download of the entire record plus nine bonus tracks of demos and rarities, as well as liner notes from The A.V. Club’s Josh Modell. The reissue of 2001’s Bring On the Snakes, which will also make its vinyl debut, features an essay by The National’s Matt Berninger and includes a download of the full album plus bonus demos of each track.

Read a statement from Eric Bachmann about these reissues below

Bachmann will be celebrating reissue weekend by performing both albums in full with a small string section, first at HiFi Bar in NYC on January 28 and wrapping up at The Pinhook in Durham, NC on January 30.

My favorite thing is to make records. I’ve dedicated my life to it. I can’t believe I’ve been fortunate enough to perform for over two decades now. It is not because of me. It is because of you. Thank you.

One interesting thing I’ve noticed over that time is that many artists never listen to the records they make after they make them. I am guilty of this. Some of it is out of chronic self- loathing. Some of it is that I listened to the thing so much when I recorded it that I don’t need to hear it ever again. And some of it is that I’ve said what I have to say with that particular group of songs and am compelled to move forward.

Occasionally, Merge requires approval from me of old things, and I must listen to them. I cannot say that I am either proud or ashamed of old things. I can say, however, that they do accurately document where I was creatively and emotionally at that time, and that throughout this process of revisiting, I fall into little trances, where flashes of random memories enter my mind. The following little bit came to me in such a way as I was listening to the vinyl test pressing of the first Crooked Fingers LP. I was struck by how hard I had to push air through my vocal chords to get the notes out on “Man Who Died of Nothing at All.”

In the spring of 1999, a few days before I started driving from North Carolina to Seattle to record Crooked Fingers, I went to an ENT doctor to have my hearing checked. A constant ringing had set up shop permanently in my ears, and my left ear in particular felt airy. It turned out I had developed a mild case of tinnitus, and that my left ear had lost some hearing above 8 kilohertz. It wasn’t good news, the doctor said, but it wasn’t terrible as I could start using some fancy earplugs and decelerate the trend.

Next, she put a band around her head with a mirror attached to it and shined a bright light down my throat. The mirror on her head reflected back into my face and the glare blinded me.

“I’m going to perform an indirect laryngoscopy on you. Open wide.”
She pressed my tongue down with a gauze-wrapped wooden popsicle stick.
“Now say ‘Ahhh,’” she said.
“Ahhh.”
“Now say, ‘Eeeee.’”
“Eeeee.”
“Oh, wow. What do you do for work?”
“I’m a rock and roll man.”

I meant to say “I’m in a rock band,” but with that stick in my mouth, it came out as “I’m a rock and roll man,” and I liked the sound of it so much that I just let it hang there.

“Well,” she said with condescension and disdain, “your voice box looks atrocious. The entire thing is inflamed, a white blanket on your epiglottis suggests chronic infection, and I see at least three significant calluses on the vocal chords themselves. And that’s without even doing a direct fiberoptic laryngoscopy! Honey, you need to stop whatever it is that you’re doing if you want to be able to talk when you’re 45!”