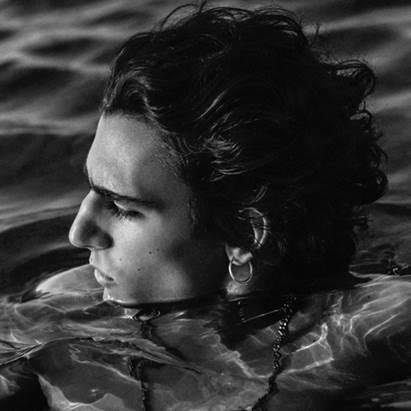 Tamino has released a deluxe version of his debut album, Amir. The deluxe version of the album, was released October 18, via Arts & Crafts, will feature two recordings which originally missed the tracklisting for Amir. One of which, “Crocodile”, is now available to stream. This year Tamino has performed with Lana Del Rey at her request, and he counts Radiohead’s Colin Greenwood as a bandmate now (who also features on a selection of recordings on Amir playing bass guitar). Amir was produced by PJ Maertens and Jo Francken, and recorded at both Maertens’ house in Belgium and at Audiworkx Studios in Holland.

The deluxe release will also feature two new live recordings, performed alongside the Nagham Zikrayat Orchestra who also feature on the original album, two demo recordings of “Chambers” and “Tummy”, and two stark live recordings from a show at La Cigale in Paris from earlier in the Spring.

Although the majority of the playing heard on Amir is Tamino himself, he is joined by a collective of Arabic musicians based in Brussels called Nagham Zikrayat. The Firka (orchestra) is predominantly made up of professional musicians from the Middle East, most of which have refugee status having predominantly fled from Iraq, Morocco, Tunisia and Syria. Members of the orchestra are long-standing fans of Tamino’s late grandfather, a famous actor-musician in the golden age of Egyptian cinema. They contacted Tamino to request his performance at a concert in honour of his late grandfather. Not being a native speaker, Tamino politely declined but invited the orchestra to assist him in the making of Amir.

Tamino embarks on his debut North American tour, beginning Sep 11 in New York City (SOLD OUT), then makes his first appearance in Toronto on Sep 17 (SOLD OUT). Following this, Tamino will make a very special, first trip out to the Middle East and North Africa in October, taking in debut shows in Egypt, Morocco, Tunisia, and Turkey. The demand for his arrival out there is testament to the word of mouth momentum that Amir has already accumulated outside the typical touring countries that he’s already made his name within. He then returns to Europe in November with two new UK shows in Manchester and The Scala in London in early December, his biggest UK so far.