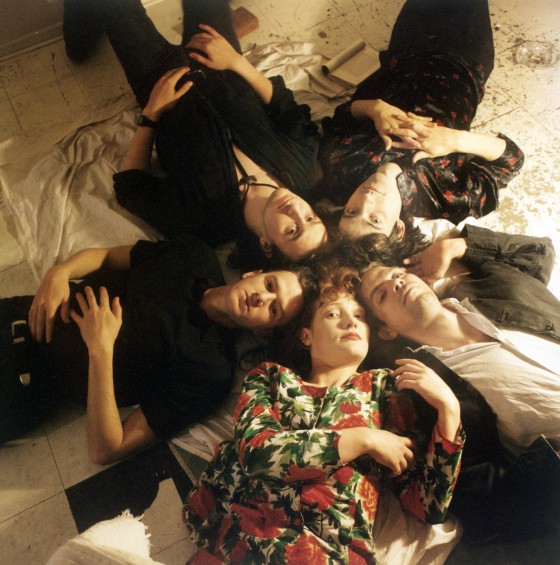 Crime & The City Solution have just released a psychedelic video, directed by Denielle de Picciotto, for their first single, “Goddess”, from their upcoming album American Twilight (out March 26th) Mixed by renowned producer Flood, “Goddess” is one of the most celebratory songs from the album, with such jubilant lyrics as “Love the light of which you give / A human touch eternal gift / Against the dark a gentle face / I celebrate your sensual grace / Oh Goddess”. “Goddess” will be released digitally on March 5th and pre-order for American Twilight is available now.

After a two-decade hiatus, the legendary Crime & The City Solution are back! Newly incarnated and now based in Detroit, the octet return March 26th with a new album, American Twilight.

Formed by Simon Bonney at the age of 16, Crime & The City Solution’s early performances in Sydney had a big impact on key figures in the early Melbourne art-punk/post punk scene.In 1984, Bad Seed Mick Harvey shipped Bonney to England to form the London-based Crime. There they joined forces with the brilliant and ever-influential ex-Birthday Party guitarist Rowland S Howard, his brother Harry Howard on bass and Epic Soundtracks on drums. Two years later, after the release of an album and several EPs, and tours across Europe, the UK and US the London lineup reached its zenith. The band celebrated its finale with a historic swansong performance in Wim Wenders’ cinematic masterpiece ‘Wings of Desire’. Bonney then removed himself to Berlin, where a new phase of Crime would begin.

Following well received US and European tours at the end of 2012, Crime & The City Solution shared new tracks “The Colonel (Doesn’t Call Anymore)”, “Goddess” and the title track from the forthcoming American Twilight. With growing anticipation for the release of this new album, they are offering for download another new track, “My Love Takes Me There”.

My Love Takes Me There

Beyond Good And Evil