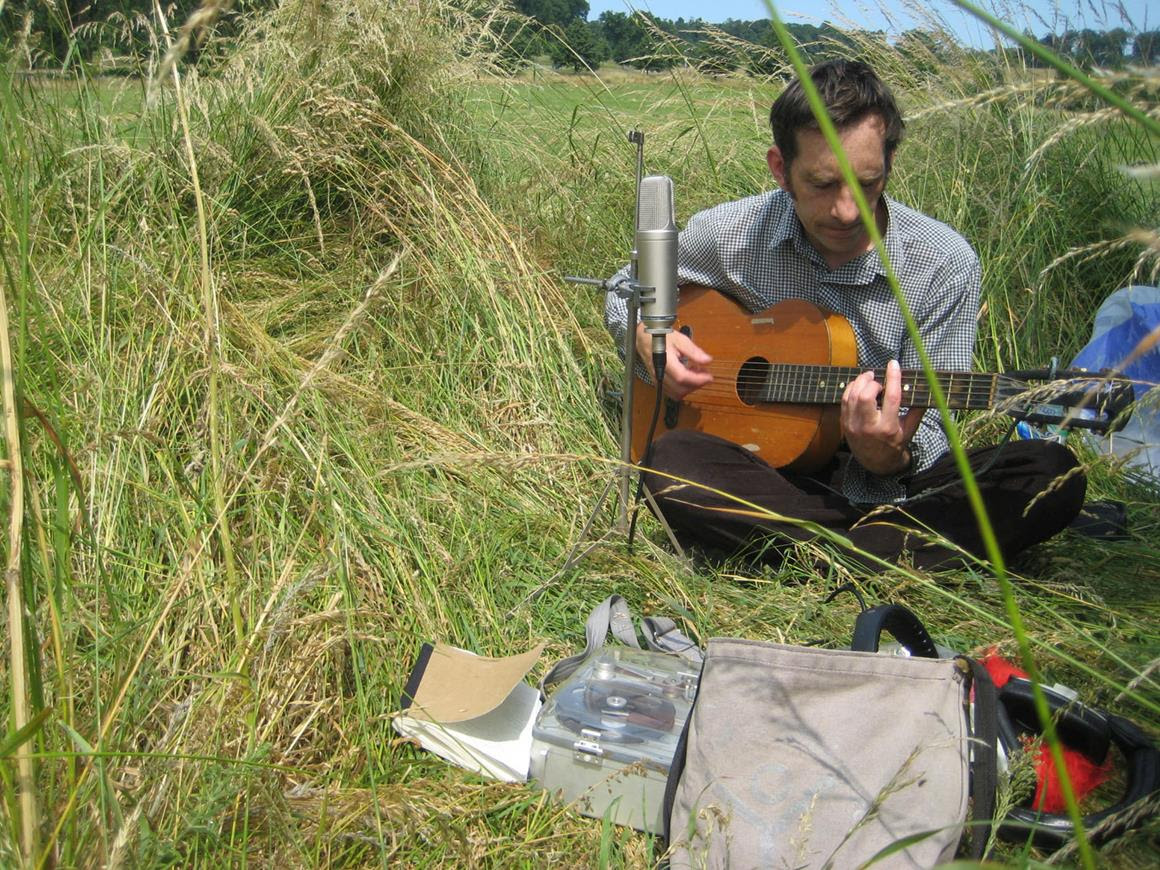 Matt Jones’ Crescent will release its first album in ten years, Resin Pockets, on May 26th on Geographic Music. Today, Crescent shares the video for the album’s lead-track “Get Yourself Tidy”

The nine songs on Resin Pockets were recorded both indoors and outdoors, in everyday spaces. Matt predominantly performed the album, in collaboration with his brother Sam on drums and tambourine, though some other familiar faces appear, too: Kate Wright of Movietone is part of the evening chorus that closes “Roman Roads”; Lisa Brook and Michal William of Headfall are there, too, huffing away on melodicas.

Jones’s community, of course, crested the wave of home-recorded pop and experiment that erupted in Bristol during the mid-to-late 1990s. Centered, to some degree, around Bristol’s Revolver Records, a store recently hymned by author Richard King in his elegiac Original Rockers, the key operatives of this loose ‘scene’ – Flying Saucer Attack, Movietone, Third Eye Foundation, Amp, Foehn, most of whom released records on King’s independent label, Planet – made a virtue of necessity, recording in bedsits, on four-tracks, onto cassettes, with often improvised and jerry-rigged equipment. It was unassuming music that offered exploratory listeners a quiet revolution. Crescent were central to this scene, releasing some of its finest records, from the thorny thickets of noise-rock on their debut, 1996’s Now, to the murky dub experiments of 1997’s Electronic Sound Constructions, through to the distressed, song surfaces of 2003’s By The Roads & The Fields and 2007’s Little Waves.

Crescent’s Resin Pockets will be released on standard 12” vinyl, CD and digitally on May 26th on Geographic Music.