It’s been quite some time since we’ve heard from Justin Vellesteros, i.e. Craft Spells; it’s been two years since the release of his Gallery EP and nearly four since his debut album Idle Labor.  Today, Captured Tracks announce the return of Craft Spells, with his sophomore album Nausea, due out June 10th.
Produced and recorded in Seattle with Dylan Wall, Nausea is reflective of the artistic and personal growth Vallesteros experienced on his “hiatus”. This is not the same Crafts Spells of 2010, but a logical progression for a musician finding his voice, with bolder sentiments and a more mature sound.

After a dormant period following the release of the Gallery EP in 2012, Craft Spells’ Justin Vallesteros is back with the gorgeously ambitious Nausea. It’s Craft Spells’ second proper full length LP, and first since 2010’s critically acclaimed Idle Labor.

Since last on the radar, Justin moved to San Francisco to find a niche in the Bay Area music scene. This proved difficult within the regarded garage rock scene and insular DJ night crowds currently dominating the area’s music community. Here, Justin fell into a slump, creatively. With a severe bout of writer’s block he retreated to his parent’s house in Lathrop, CA. Away from the city, he put down his guitar for a full year in favor of properly training himself on piano, the instrument from which all the tracks for Nausea were written.

Being in limbo between the city and the suburbs, Justin felt actual nausea, added to by his admitted semi-addiction to social media and quickly found himself disillusioned. Vallesteros unplugged from that world as much as possible and completely immersed himself in the music (Emmit Rhodes and the solo works of Yellow Magic Orchestra’s Haroumi Hosono and Yukihiro Takahashi) and writing (the works of Mishima, for one) that would come to form the LP.

The demos came together in early 2014 and Vallesteros flew to Seattle to produce and record the LP with producer/engineer Dylan Wall. Joining Vallesteros were Craft Spells stalwarts Javier Suarez and Andy Lum. The band went into the studio and recorded a whole and complete work, full of new ideas, which would eventually become Nausea. 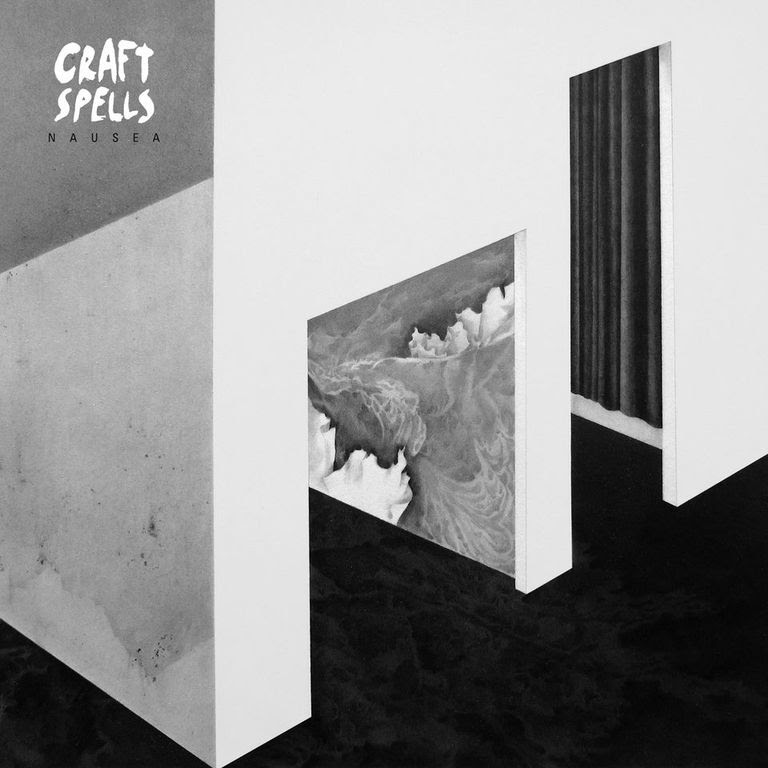