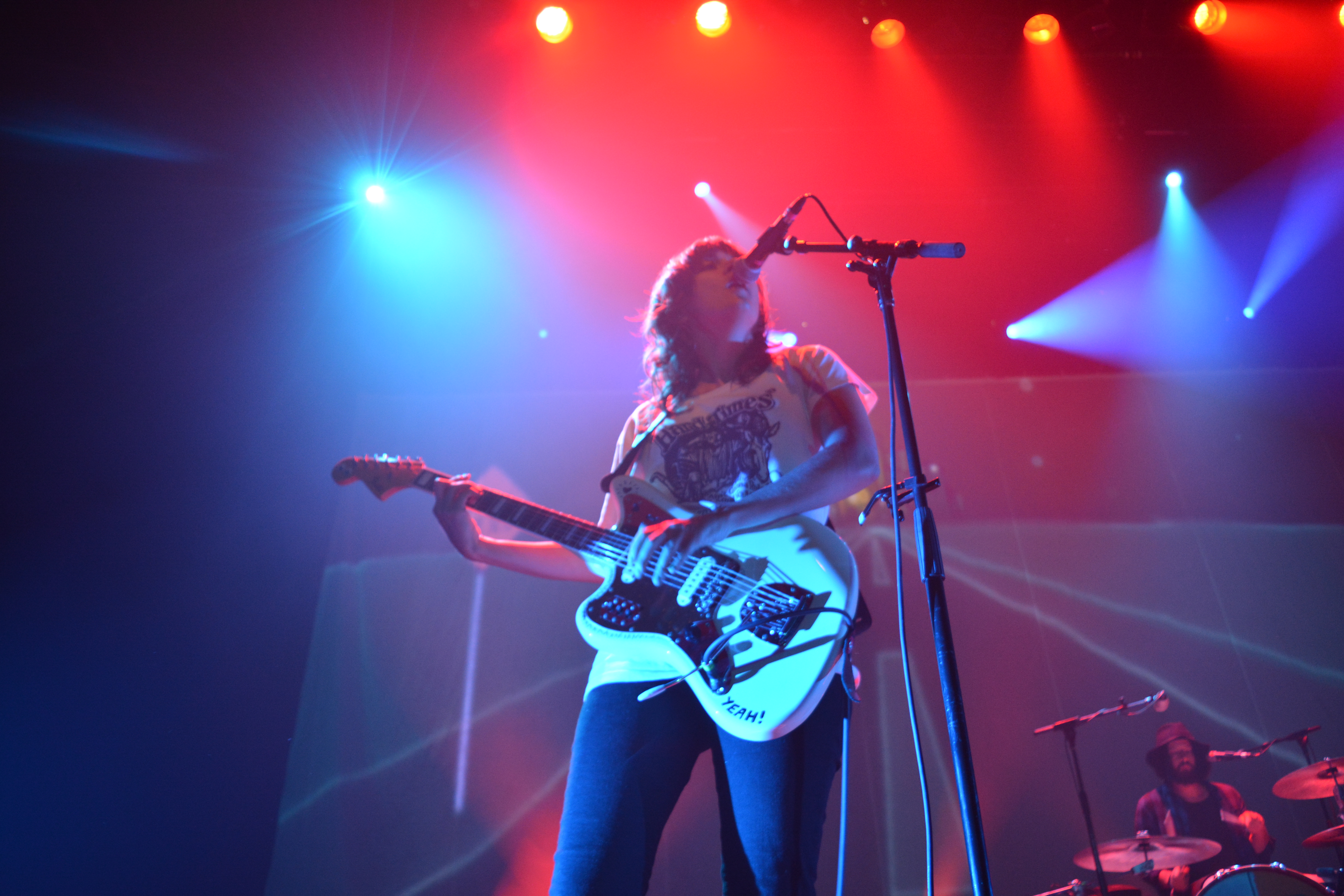 If somehow the music world’s tastes resorted back to the gleaming guitars of grunge they would have to count Melbourne, Australia-based Courtney Barnett among the founders of this long-awaited revival. And she surely demonstrated this for a jam-packed crowd at Metropolis (Montreal) last night (May 29) with just under an hour and a half of guitar heavy songs sans glitz or glamour.

It’s impossible to ignore of the influence of Nirvana on the Courtney Barnett trio. Hell, even the make up of the band is simplistic; guitar, bass, drums. But beyond the name, Barnett also pays tribute to Cobain in a charming way: tousled shoulder-length hair, major punk attitude, a white t-shirt anything but trendy, and a left-handed Jaguar. With her classic fingerpicking style, she roared with gritty guitar tones, usually ending in a maelstrom that brings to mind the best years of Nevermind. At times, her voice strained to its limits without any care, especially on the final chorus of hit-single “Pedestrian At Best” off 2015’s Sometimes I Sit and Think, and Sometimes I Just Sit. It’s loose, it’s raw, it’s not always on-point, but would we want it any other way?

Not very talkative (except for a few shouts of excitement in between songs), Barnett leaves it to her presence on stage, with the utmost propriety, lending itself to a smooth, carefree show. This doesn’t mean she all about keeping it serious, rather it’s much the opposite, you can’t help but see her smiling. But there are no flashy stage antics worthy of mention, mere projections looped on a screen behind her, nothing too distracting. This time it’s really all about the music. It makes for a simple yet effective performance, direct, honest, and fairly rambunctious at times.

Off to a mellow start with “Dead Fox” from Sometimes I Sit and some lighter songs off her most recent LP and Double EP: A Sea of Split Peas, things quickly picked up as soon as she launched into “An Illustration of Loneliness (Sleepless In New York)”. Barnett quickly shifts back to a bluesy “Small Poppies” allowing to bring to the spotlight the impeccable talents of the rest of her crew, bassist Bones Sloane and drummer Dave Mudie. Sinking her teeth into crowd-pleaser “Depreston,” and a new song “Three Packs a Day,” Barnett kept riding the wave right on into “Pedestrian At Best”. The latter not signifying the peak of the show in the slightest, but rather Barnett setting the bar for the rest of the show.

Single “Avant Gardner” signified the show’s end, before a short encore packed with Lemonheads cover “Paid to Smile” and Violent Femme infused “Pickles From The Jar” and “Nobody Really Cares If You Go To The Party”, the latter which fans have come to recognize as her trademark sound.

One thing is for sure, Barnett’s success and fame hasn’t caught up to her yet, or clearly she’s skilled at keeping things carefree and simple.