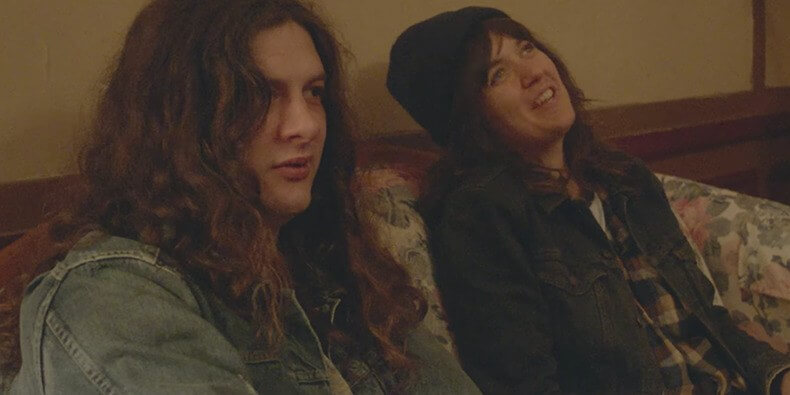 Friends of Wonder, is a documentary filmed at the Loew’s Jersey Theatre. Directed by Kurt Vincent and Irene Chin, Friends of Wonder beautifully tells the story of Courtney Barnett and Kurt Vile’s friendship and creative collaboration which led to the creation of their album, Lotta Sea Lice and subsequent tour. The narrative is interspersed with live footage of Kurt and Courtney’s 2017 show at the historic, community-run, Loew’s Jersey Theatre.

The documentary is the latest feature on WePresent, an editorial platform by WeTransfer that showcases creative ideas to spark inspiration. WePresent has 1 million monthly readers and is focused on music, photography, arts and culture content from around the world. Friends of Wonder is a continuation of a series of visual pieces produced by WeTransfer, including the Baltimore Dance Project documentary with FKA Twigs, a collaboration with Bjork on a video for her song “Arisen My Senses” directed by Jesse Kanda and Arca, a commemorative zine detailing the making of Sampha’s Mercury Prize winning album “Process,” as well as an imaginative online exhibition called A Message From Earth that celebrated the Voyager Golden Record’s 40th anniversary with new pieces from over 40 contributors.

“While editing the movie Irene and I would constantly look at each other and smile,” recollected Vincent. “We were editing scenes with two of our favorite musicians performing in a magical setting. We dreamed up this crazy movie about a mysterious movie palace and this concert – and the film turned out exactly how we imagined it. That’s not always how it works out.”

Courtney Barnett and Kurt Vile’s Lotta Sea Lice is a conversation between friends, documented in raw, unvarnished song, brimming with personal history, crackling with energy and shot through with humour. What started as a loose plan to record a couple songs with no plans for release, turned into this full-length-“because the vibe was so strong,” says Kurt. There’s an unforced ease to the record, helped by the fact that the pair have been not just friends, but hardcore fans of each other’s work for years. The album is available now for purchase on Matador Records.