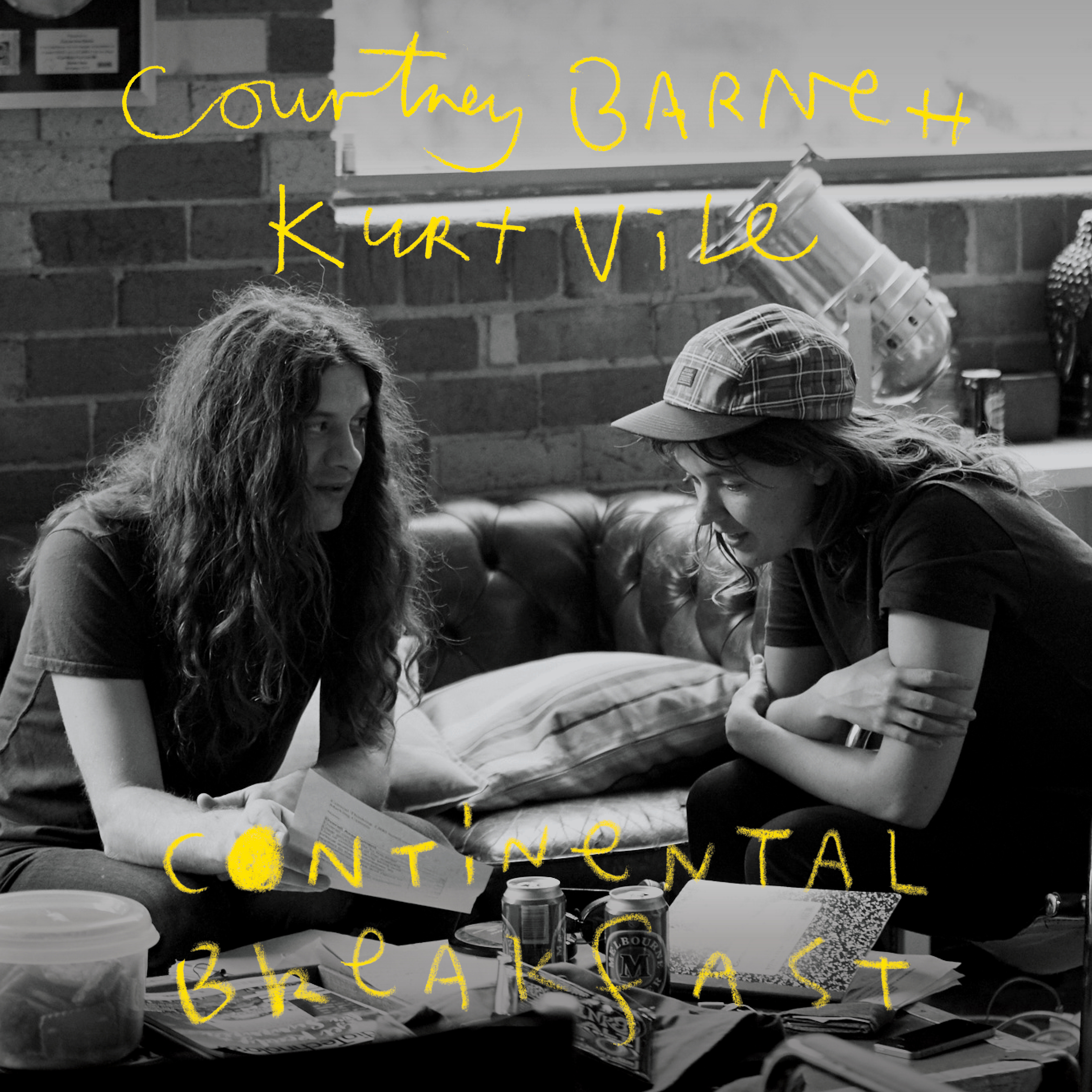 Daydreamers Courtney Barnett and Kurt Vile’s first collaborative album Lotta Sea Lice is as rambling and aloof yet rocking as fans of either artist would expect. It’s also a perfect balance of both Barnett’s and Vile’s greatest strengths: Her sharp, vivid lyrics mix harmoniously with his intricate guitarwork. That’s not to downplay her guitar-playing or his wit though; smart, deadpan humour is yet another trait that bonds the two musicians.

Despite being artists who frequently sing about their anxious, existential loner tendencies, Barnett and Vile have undeniable chemistry that, according to both of them, developed instantly. This is remarkable because anyone who identifies with being an anxious loner knows that being in social situations with other anxious loners can be mortifying or even disastrous.

But right away, on album opener “Over Everything”, Barnett and Vile casually swap verses about the similar ways they set to writing songs, step outdoors to try clearing heads of the “smog” and “big old cloud” that hang in their peripheries, and wear earplugs now that they’re older.

With lines like “I cherish my intercontinental friendships” though, “Continental Breakfast” best depicts Barnett and Vile’s fast friendship. The song’s music video too perfectly captures the amicable warmth that radiates from the album as the two musicians and their families are shown spending time together between recording and tours.

Highlights abound elsewhere on Lotta Sea Lice, twice as Barnett and Vile’s reinterpretations of each other’s songs. Vile takes over vocals on Barnett’s “Out of the Woodwork” which they’ve stripped of jangly pianos and synthetic ambience and turned into “Outta the Woodwork”, a rusty, dusty, somewhat rickety blues rocker that retains the original solemn mood. Later on the album, Barnett leads vocals on a more energized version of Vile’s normally slumbering “Peeping Tomboy”, now rechristened “Peepin’ Tom”.

Lotta Sea Lice also features two excellent covers. Their rendition of Belly’s 1993 song “Untogether” is starrier eyed than the original and lays back just a few degrees farther. And the album’s mood isn’t always fancy free and jovial. Barnett and Vile’s cover of “Fear is Like a Forest” by her partner Jen Cloher, for example, is heavy hearted, but even that song starts in good cheer as presumably Barnett and Cloher are caught laughing in the studio. Moments like this give Lotta Sea Lice a fun, off-the-cuff feel.

And of course, there are other Lotta Sea Lice originals like the wearily loping “On Script” and the most fun song on the album “Blue Cheese”. On top of banjo, harmonica, whistling, and hokey “woo-hoo!”s, Vile lets out a “here come the Lone Ranger” in an affected country & western voice.

With a shared knack for humorously musing upon the world around them, however pedestrian the “moment may be”, and with an equal way with words as with a fretboard, Lotta Sea Lice proves that Courtney Barnett and Kurt Vile are a perfect match.