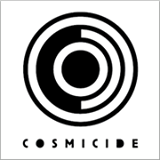 Cosmicide (the new band led by Brandon Curtis of Secret Machines) have unveiled the first taste of their new material. You can stream and share “Talo’s Corpse” above:

The track was written/produced by Brandon Curtis and mixed by Claudius Mittendorfer. The band has also just confirmed their very first live shows which will take place next month:

Brandon says, “It’s been a while since I have played my own songs for anybody. I guess since the last Secret Machines record was released in 2008, I have been busy mixing and producing music for other bands (Russian Circles, School of Seven Bells) or playing in other bands (Interpol). I never intended to wait this long – five years has flown by. I am excited to introduce my new project to you, finally.”