Franky Flowers recently premiered their new video for single “Corpse”. The track is out now digitally now via Turnstile Music.

The young band – all three are still in high school – will play a residency this June at The Echo in their hometown of Los Angeles, CA. The run begins on Monday, June 6th and will continue every Monday through June 27th.

Franky Flowers began when Franky was 16, who at first recorded and played solo shows using a looping pedal. He recruited friend (and high school jazz band-mate) Abe on bass, seeking to flesh out the band’s sound, and today’s Franky Flowers line-up solidified with the addition of Ellington on drums. The band is currently recording their debut full-length album, due out later this year. 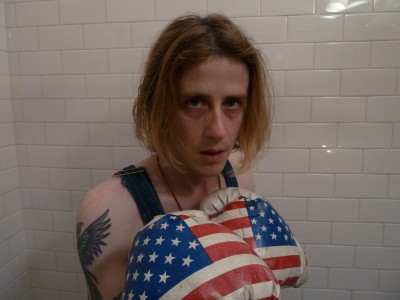