Cool Ghouls Premiere “What A Dream I Had’

“San Francisco’s Doomed” …or so they say. There are, however, four Cool Ghouls who will have none of that. Born and raised in Fog Nation’s stripmall suburbs, these boys dreamed of the day when they would move to Shaky City.  San Francisco – the town so many of their electric heroes (Creedence, Thee Oh Sees, Grateful Dead, Jefferson Airplane, Flamin’ Groovies etc.) call(ed) home – was their destiny.  So they moved to SF, formed a band, packed themselves into crowded apartments, found lousy jobs serving beer and coffee to Bay Area glassholes (alongside counter culture legends), and they have no plans of leaving. Thank the gods their dreams came true! Cool Ghouls are the perfect antidote for San Francisco’s current mess.

They are providing the real-life soundtrack to a new generation of young, loud and gritty San Franciscans that wake up everyday with a beautiful feeling just knowing that these guys won’t let this city’s culture burn to the ground. Their loud guitars, acid riffs, party screams, and stacked-as-f*ck three-part vocal harmonies are echoing down the alleys and shaking foundations. A Swirling Fire Burning Through The Rye is their sophomore full-length album.  Recorded live to tape by San Francisco’s Sonny Smith (Sonny and the Sunsets) and mixed and mastered by Mikey Young (Total Control, Eddy Current Suppression Ring).

Cool Ghouls definitely knows what’s going on. The band is not oblivious. Just listen to tracks like “The Mile” or “Reelin’” to know that they too are trying to wrap their mind around the swirling fire burning through their town. San Francisco is still doomed… it always has been and always will be. At least these Cool Ghouls are here to help it go down with just a little bit of true class.  Available this fall – featuring photography of one of their wild house shows by Michael Lucero – on Vinyl and CD from Empty Cellar Records and cassette from Burger Records.  300 limited edition lps will be available in deluxe swirling fire colored vinyl. 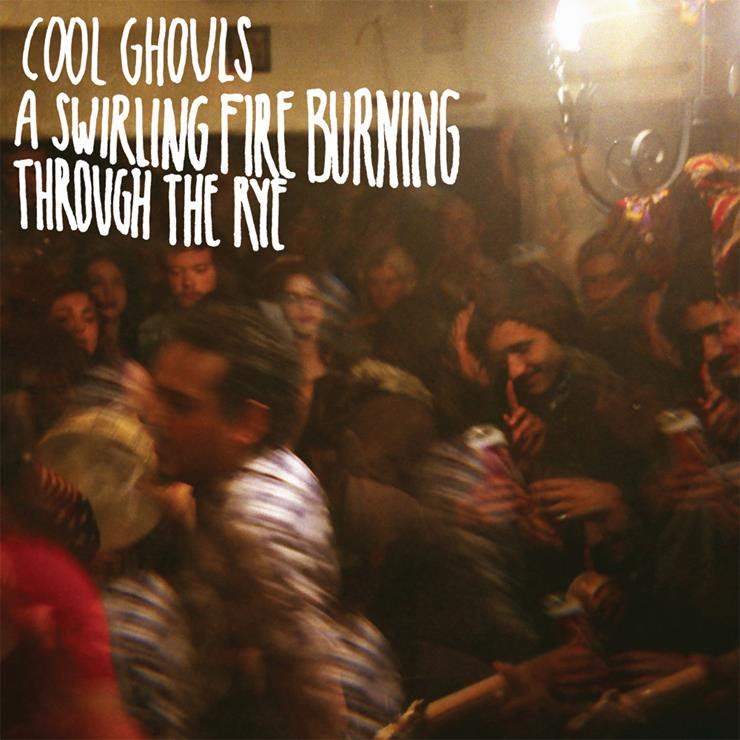