St. Lenox recently released the new video for “Conspiracy Theories.” In the video, he visits a shooting range with a trans woman who is dealing with the reality of a possible Trump presidency.

Here’s more about the video from St. Lenox himself:

“The protagonist, looking to make sense of the gun-control debate, goes to a shooting range with his friend, Mikey – a former romantic entanglement who now identifies as a woman named Mimi.  Mimi, who has become a gun enthusiast after Trump won the Republican primary, teaches him how to shoot a gun, and they discuss the recent news in Orlando and Baton Rouge (which had just occurred that morning).  The protagonist concludes that things never worked out between them, because he is an optimist.  After the trip, the protagonist goes home to eat dinner with Elon to tell him about his day.”

St. Lenox’s sophomore latest release is Ten Hymns From My American Gothic, an album that further bolsters the fact that Andrew Choi is a contemporaneously rarified musician who can create a stylistic framework immediately identifiable (as St. Lenox in this case) but be able to helm it with such skill and inspiration that it is highly unlikely he’ll ever make the same album twice or even repeat himself in any capacity (unless doing so as a calculated artistic device).

The underlying theme of major life change that requires physical relocation begins with album opener, “Fuel America”, which draws from a distant moment in his past when he first left hometown of Ames, Iowa to study violin at Julliard in New York (“get ready because I’m going to New York City to chase the American super-dream!”) on weekends during his freshman year of high school. The overall mood continues on the upswing with “Thurgood Marshall”, a song that jumps some distance into the future to offer up Choi’s personal hero and beacon of aspiration he chose while enduring what law school and practicing the law itself does to one’s psyche. “That song is about my optimism, idealism and hope about the law. The experience of law school can be soul crushing and it’s good to have a hero and something that offsets the regular thoughts of ‘Am I still a good person?'” 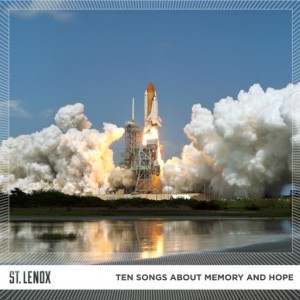