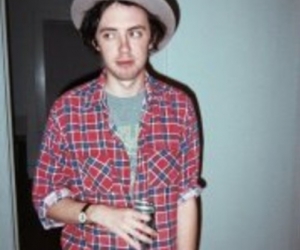 Spartanburg, SC is the tenth most miserable place in the United States, according to research organization Gallup. Nearly 51 percent of its residents are classified as suffering by Gallup, plagued by failing schools, beset by low median incomes, and fraught with socioeconomic tensions and high rates of debilitating diseases like diabetes and cancer. It’s a town dominated by cover bands and country singers.

It’s where Mat Cothran grew up, and where he started writing songs as Coma Cinema, singing simple guitar songs onto an old handheld tape recorder. His bedroom pop songs were characterized by an odd tension: hypnotizing and gentle arrangements and weighty, often visceral and occasionally morbid stream-of-consciousness-style lyrics.
His first three proper records, 2009’s Baby Prayers, 2010’s Stoned Alone and 2011’s Blue Suicide, made the Internet rounds. All three were recorded on threadbare equipment, and as a result are winningly lo-fi, Cothran’s affecting lyrics and deft melodies.
Posthumous Release does not hallmark a sea change in Coma Cinema’s sound, but instead finds Cothran upping the production values of his songs to the breadth of their content. Cothran now lives in Columbia, SC, but recorded Posthumous Release in Los Angeles with Brad Petering and Jason Wyman from TV Girl and Rachel Levy (A longtime friend and collaborator who records under the moniker “R.L. Kelly”), and the higher-fidelity production allows the songs to breathe. Devoid of tape hiss, gentle acoustic guitar strums roll gently and brightly over fluid basslines and spare drum beats. Cothran’s voice sits higher in the mix, allowing an emphatic pronunciation of his nuanced, minor key reality.