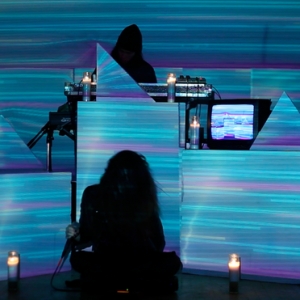 Their forthcoming album It Could Only Be This Way (to be released March 4, 2014 on Four Horsemen of the Apocalypse) illustrates the depth and transcendence of their sound. Mound’s vocals crest and slink thru arrangements that conjure a familiar pop cadence stretched across dark and glimmering soundscapes. COLOR WAR and their live visuals collaborator, Brandon Sciarrotta, produced the record with co-production and mixing by legendary techno wizard, John Selway.

It Could Only Be This Way

(Four Horsemen of the Apocalypse)