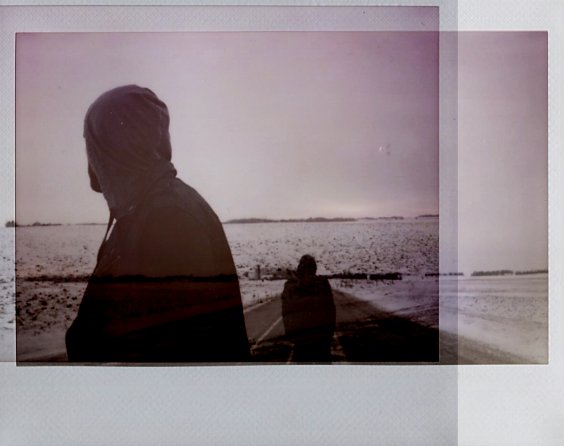 Color Therapy composes, engineers and mixes his music out of a home studio “somewhere in Dallas” — which is how he describes it, not wanting to give out even general details about its location or even information about his real identity.

The analog synth-driven splatters of sound bear a cinematic shimmer and are often short and sweet, but they posses an undeniably melodic quality to them that welcome repeated listens and deeper discovery. Melodic splashes of light and darkness bleed together to form a lush genre-bending density with dusty loops, gritty textures and a sun-bleached analog sound that soars a million miles high. These sounds were highlighted on album singles “Terrarium” and “Screw Eyes,” and “Expect Delays,” all of which can be heard in the full album stream. With album guests including The Album Leaf, Helios, Hammock, and Ulrich Schnauss (who lends his distinctly deft touch to “Expect Delays”, with more oraganic elements seamlessly mingling with the synthetic backbone of the track), Color Therapy collaborates with these notable names that only highlight his beat-driven, panoramic ambient production style that expands over the course of the album.

On the forthcoming album, he says “They’re like pop songs from another life that have had the vocals surgically removed and then left out in the rain to become warped and distorted and ruined.” The resonance and humanity of Color Therapy leaves listeners with a soundtrack for scenery, real or imagined, and under its thick layers of orchestral beauty, there indeed lies a therapeutic experience.

If one can be judged on the company they keep, Color Therapy has amassed an impressive list of associates in a short amount of time, as he’s also remixed for the likes of Mogwai, Nils Frahm, and Peter Broderick. Dntel aka Jimmy Tamborello recently remixed “Screw Eyes,” with additional remixes en route from Brooklyn-based duo Prism House and ambient band Hammock.