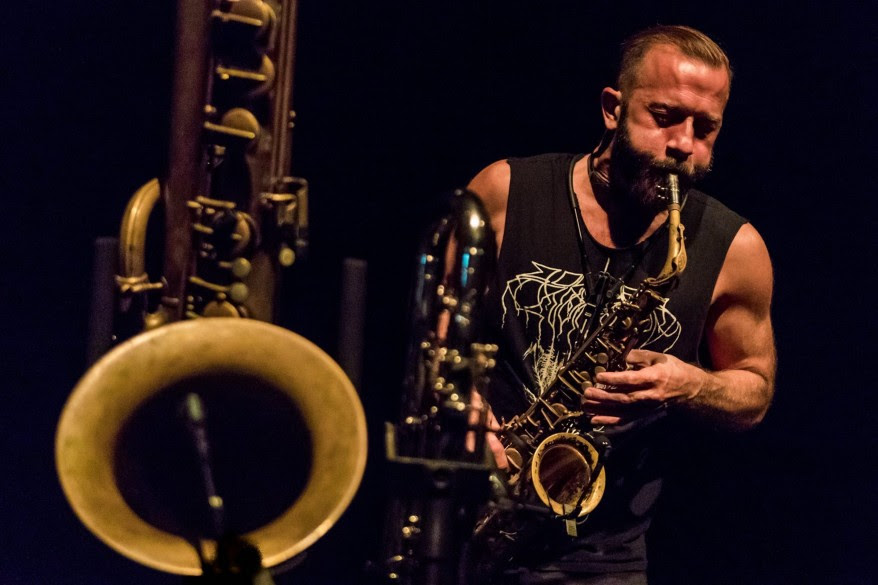 Horror film directed by newcomer Ari Aster, came to Colin Stetson (Lavender, collaborator of Arcade Fire), the end result is a uniquely uneasy, sinister suite of music capped with one of the most unexpected conclusions in recent years.

Milan Records will be releasing the soundtrack to Hereditary on June 8th, 2018 and in addition to the digital and CD release, it will be pressed on a pair of 180g black LPs for optimal sound quality, and housed in a gatefold jacket featuring liner notes from director Ari Aster. The early album tracks “Funeral” and “Charlie” gave harrowing looks into the scope of Stetson’s score, and now he’s shared two new tracks from the work that dive deeper into the dark corners he pushes into in the film. “Dreaming” is a booming, ambient driven piece, while “Mothers and Daughters” is a slowly unfolding creeper.

In Hereditary when Ellen, the matriarch of the Graham family, passes away, her daughter’s family begins to unravel cryptic and increasingly terrifying secrets about their ancestry. The more they discover, the more they find themselves trying to outrun the sinister fate they seem to have inherited. Making his feature debut, writer-director Ari Aster unleashes a nightmare vision of a domestic breakdown that exhibits the craft and precision of a nascent auteur, transforming a familial tragedy into something ominous and deeply disquieting, and pushing the horror movie into chilling new terrain with its shattering portrait of heritage gone to hell.

Colin Stetson was born and raised in Ann Arbor, spent a decade in San Francisco and Brooklyn honing his formidable talents as a horn player, eventually settling in Montreal in 2007. Over the years he has worked extensively live and in studio with a wide range of bands and musicians including Tom Waits, Arcade Fire, Bon Iver, TV On The Radio, Feist, Laurie Anderson, Lou Reed, Bill Laswell, Evan Parker, The Chemical Brothers, Animal Collective, Hamid Drake, LCD Soundsystem, The National, Angelique Kidjo, Fink, and David Gilmore

Most recently, in a departure from his cultivated solo aesthetic, came SORROW: a reimagining of Gorecki’s 3rd Symphony; Stetson’s first major release as a band leader and the flagship album out on his record label, 52Hz (a collaboration with Kartel Music Group of the UK). 2017 also saw the release of new projects, including a self- titled debut from post-metal quartet EX EYE (with Greg Fox, Shahzad Ismaily, and Toby Summerfield) out on Relapse Records.