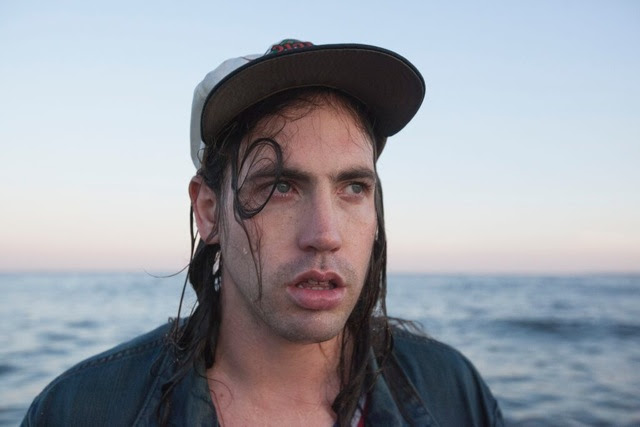 Craig Almquist, the leader and constant force behind the Philadelphia-based band Cold Fronts, has mastered the art of “whatever.” And not in the typical, snarky, post-millennial “who cares” sense—when Almquist uses the “W” word, it’s a badge of honor, a trophy for a guy who can roll with the punches like the best of them—anyplace, anytime, and for eternity.

Forever Whatever is the title of the record, and it’s got that vibe of ‘I’m gonna go for my dreams, I’m gonna try and do exactly what I want to do, I’m not gonna let the real world get in the way of my goals,’” he says. “Something about that phrase had that perfect, ‘Fuck it, I’m gonna do what I want to do’ vibe.”

And Almquist knows something about persisting despite the world’s best attempts to throw him off course. Forming the band in 2010 while he was finishing up school in Philadelphia, Cold Fronts has consistently gone through lineup change after change. “We started doing DIY shows out of our rehearsal space and eventually lost a couple members,” he says. “That kinda kept happening. Over the years it’s been a rotating cast of friends from Philly, people from other bands, friends who want to come on the road. At this point I’m the only dude in the band who played on the record, and the only original member. We’ve literally had 15 different members at this point. It’s been a strange journey.”

But through all that, it’s safe to say that in his capable hands, Cold Fronts will persevere. “On a positive note, this band technically can’t break up unless I quit,” he laughs.

The legend of Cold Fronts goes like this: The band was playing an impromptu show in the streets of Austin at SXSW in 2012 when the legendary Sire Records co-founder Seymour Stein passed by. Liking what he heard, Stein asked Almquist for a CD. Almquist had no idea that his admirer was none other than the man who once signed the Ramones, Talking Heads, and Madonna, and only two weeks later did he understand his good fortune. A year later, Stein signed the band to Sire. Whatever, right?

But despite being overjoyed at this incredible break, Almquist’s good fortune would eventually turn to frustration, as the release of ColdFronts’ debut was slowed by the exceptionally patient major label system. Almquist is a guy who doesn’t sit still, who writes constantly, and was anxious to have his music hit public ears—while waiting for a release date, he convinced the label to release an EP, Forever, and wrote and recorded several new songs. But now the wait is over, and Forever Whatever is finally set for release this fall.

“I’m super stoked about it, this is the first real record I’ve ever made,” says Almquist. “I’m trying to be very prolific, to put shit out and disregard any of the red tape. I want to be putting out a record a year, and songs in between. But I think the wheels are turning, it’s coming together.”

But that’s not to suggest that Almquist isn’t grateful for where he is—far from it. Navigating the rough seas of “whatever” is nothing new to his band, and he hasn’t let anything slow him down, drawing support from the interconnected Philadelphia scene and inspiration from other bands elsewhere. “I’ve been trying to pave my own way,” he says, “and there are so many artists I look up to and really like what they’re doing artistically. I’m really big on new music; I love how much of it there is now, and how accessible it is. There are a million bands I want to go on tour with, we’re itching to get on more support tours now.”

Cold Fronts have shared stages with The Cribs, The Vaccines, The Districts, and more, while Almquist identifies FIDLAR, Wavves, The Orwells, and Mac Demarco as some of his favorite peer musicians. And there are elements of those acts in the sound of Forever Whatever, in addition to influence from older bands like The Strokes and Phoenix. Chiming guitars mix with cruising bass lines, drums punch, and Almquist’s vocals clip along joyfully, often hitting falsetto high notes before soaring into power choruses. His lyrics toe the line of mystery, with cryptic references to relationships of unknown size and shape, but the sing-along quality of the songs have the ability to connect to a mass audience—something that is sure to happen as the band gains more and more experience in different places.

“I get a lot of inspiration from traveling, it’s become one of my favorite things to do,” says Almquist. “We went to London and came back stoked, so I was writing songs reflecting on that, and the people we met. I’ve been writing a lot more love songs, any girl I meet becomes inspiration. I know it sounds kind of corny, but you meet a lot of inspiring people on the road and you end up writing about it. That just comes with the territory. I got this weird wanderlust right now. That’s because I love playing live. But when I come home I like being in the studio, getting to write and record.”

For Almquist, Cold Fronts is an outlet to exercise his insatiable energy for creating. And learning to deal with all the “whatevers” in his world has only made him work harder and dream bigger.

“I’m in this all for the long haul,” he says. “I’m really proud of Forever Whatever, and want to tour on it as long as possible, but in the meantime I want to make sure the next record is coming out in 2016. I’ve been making songs since I was 14, but it didn’t dawn on me until the last few years that what I really wanted to do with my life was write songs and perform them. I think that writing songs is the most important part of being in a band, effectively communicating a vibe. It’s fun to treat songs in the moment, not worrying about what other people think—is this song about them, or about this place, are my parents gonna be pissed off that I say ‘fuck’—I’ve learned not to filter myself, don’t censor yourself for anyone. With that I began writing a lot more, and it became a lot more fun.” 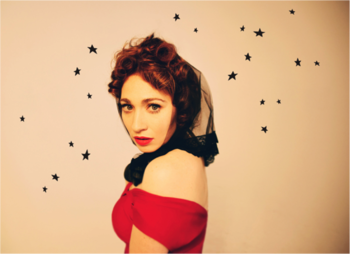 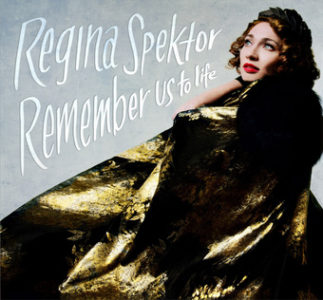