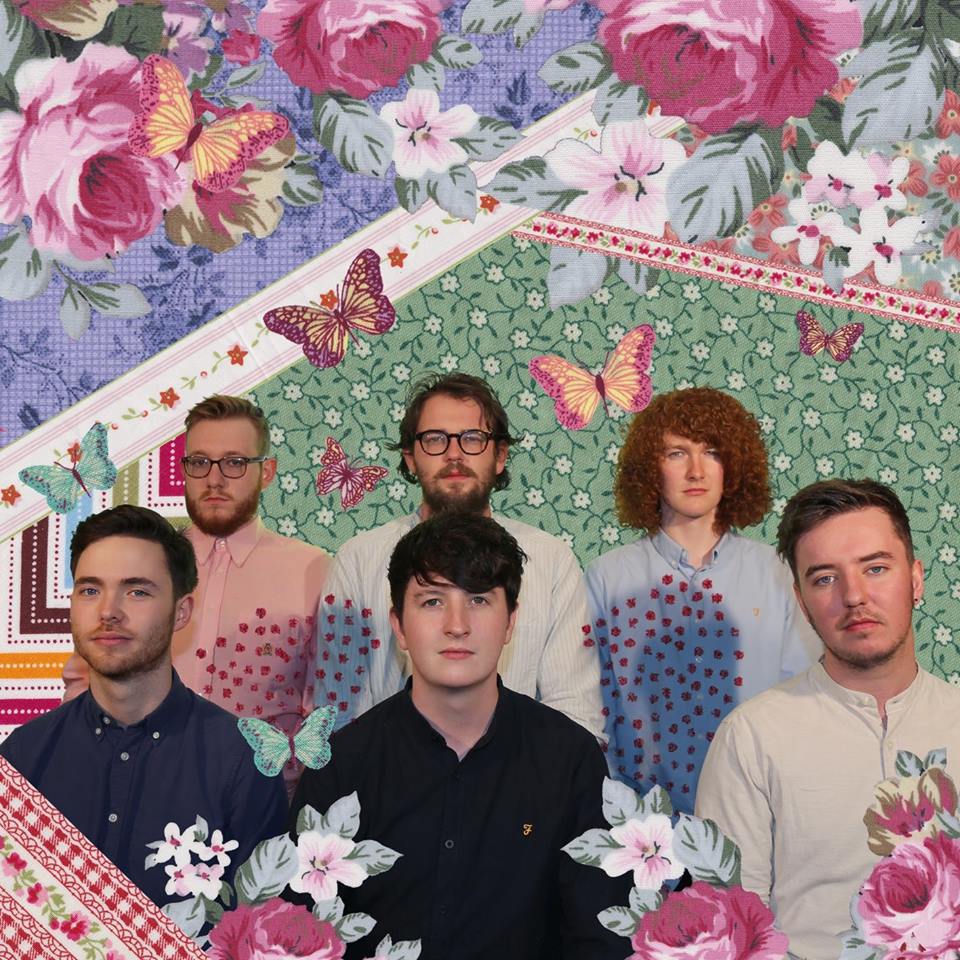 Glaswegian six-piece Pronto Mama’s latest single Cold Arab Spring is out now via Electric Honey. It is taken from the band’s debut album Any Joy.

An impressive few months has seen the band perform at the 6 Music Festival as well as picking up airplay from the likes of Huw Stephens on BBC Radio 1 and Tom Robinson on BBC Radio 6 as well as a premiere on The Skinny and an exclusive album stream on The List. The video for their most recent single Double-Speak, yet another killer track from one of Scotland’s most anticipated young bands.

Taking inspiration from their cultural surroundings, the band have created a collection of songs about hope and hopelessness, vice and virtue and how love and friendship go hand in hand with hate and jealously. Any Joy bucks the trend of countless generic indie bands recreating the same, tired old sound, instead Pronto Mama challenge the listener to think for themselves, a process that will unearth something new every time you listen.

Blending jazzy tempos, uncommon time signatures and an alternative rock attitude with progressive pop hooks and emotive vocals, Pronto Mama have created a truly mesmeric record instantly demanding your attention. On tracks such as single Arabesque, ‘Rubber’ and ‘One Trick Pony’ Pronto Mama exhibit the brass-inspired alternative indie rock that has become synonymous with artists such as Bombay Bicycle Club and Dutch Uncles; respected contemporary bands who’s sound has resonated with a new generation. A more measured, introspective sound can be found on ’Bottom Feeder’ and ‘Sentiment’; tones and textures that traditionally run deep through the veins of many Scottish bands, inspiring the likes of Frightened Rabbit, The Twilight Sad and Admiral Fallow.

Like most bands, Pronto Mama began playing together as teenagers in their bedroom; a convenient escape from the sharper edges that existed in Glasgow’s east end where four of the members went to school. Initially, the band were formed when two pairs of best friends came together. Each pair comprised one core songwriter, Marc Rooney (vocals, guitar) and Ciaran McEneny (vocals, keyboard, guitar), and one member of the rhythm section, Michael Griffin (bass) and Martin Johnston (drums). Alex Sharples (trumpet, keyboard) and Craig McMahon (trombone, keyboard, percussion) later joined the band completing the line-up and Pronto Mama were officially born. They have already picked up a slew of press since their inception in 2014 with Vic Galloway’s BBC Introducing show and Jim Gelltaly’s Amazing Radio show both offering continued support throughout. The band have also appeared at T in the Park, performing on the T Break Stage, as well as Wickerman festival, Belladrum festival and selling out Oran Mor at Celtic Connections 2017.

To support the release of the record Pronto Mama will be playing the following live dates:

Any Joy by Pronto Mama is out now via Electric Honey