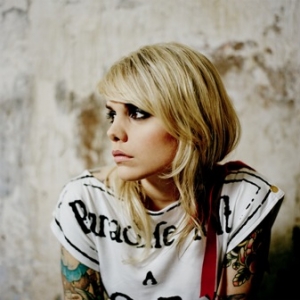 Dare to Care Records have announced this season will feature the vocal talents of Béatrice Martin, also known as Cœur de pirate. The album soundtrack, will hit stores on January 14, 2014 and consist of 12 popular English covers.

Cœur de pirate’s soundtrack is a multifaceted selection of covers from both the past (Kenny Rogers, The Rolling Stones, Nancy Sinatra) and the present (Amy Winehouse, The Libertines, Bon Iver), and includes covers of Quebec stars (Patrick Watson,The  McGarrigle Sisters).

Cœur de pirate called on her long-time collaborator Renaud Bastien to help her co-arrange and co-produce the album. Created behind closed doors the duo played almost all of the instruments which lent itself to the intimacy of the album. Inspired by artists such as Feist, Camera Obscura, and Band of Horses, they used guitars, piano, cello, and unusual percussion to give an airy, almost ethereal vibe to the songs. The album was recorded at Studio PM and mixed by Pascal Shefteshy.

Although the soundtrack will be Cœur de pirate’s first cover album, she has included covers in her shows for several years. Says Martin, “What I like about covers is when you realize that even after you’ve deconstructed a song; it manages to keep its essence.” These songs gave Coeur de pirate the opportunity to make certain melodies and arrangements her own and to transform them. “I wanted to offer people something different. Take my cover of Kenny Rogers’ “Lucille,” for example. I didn’t want it to sound exactly like the original version, so I went for a piano and voice approach, which made the song take on its full meaning.”