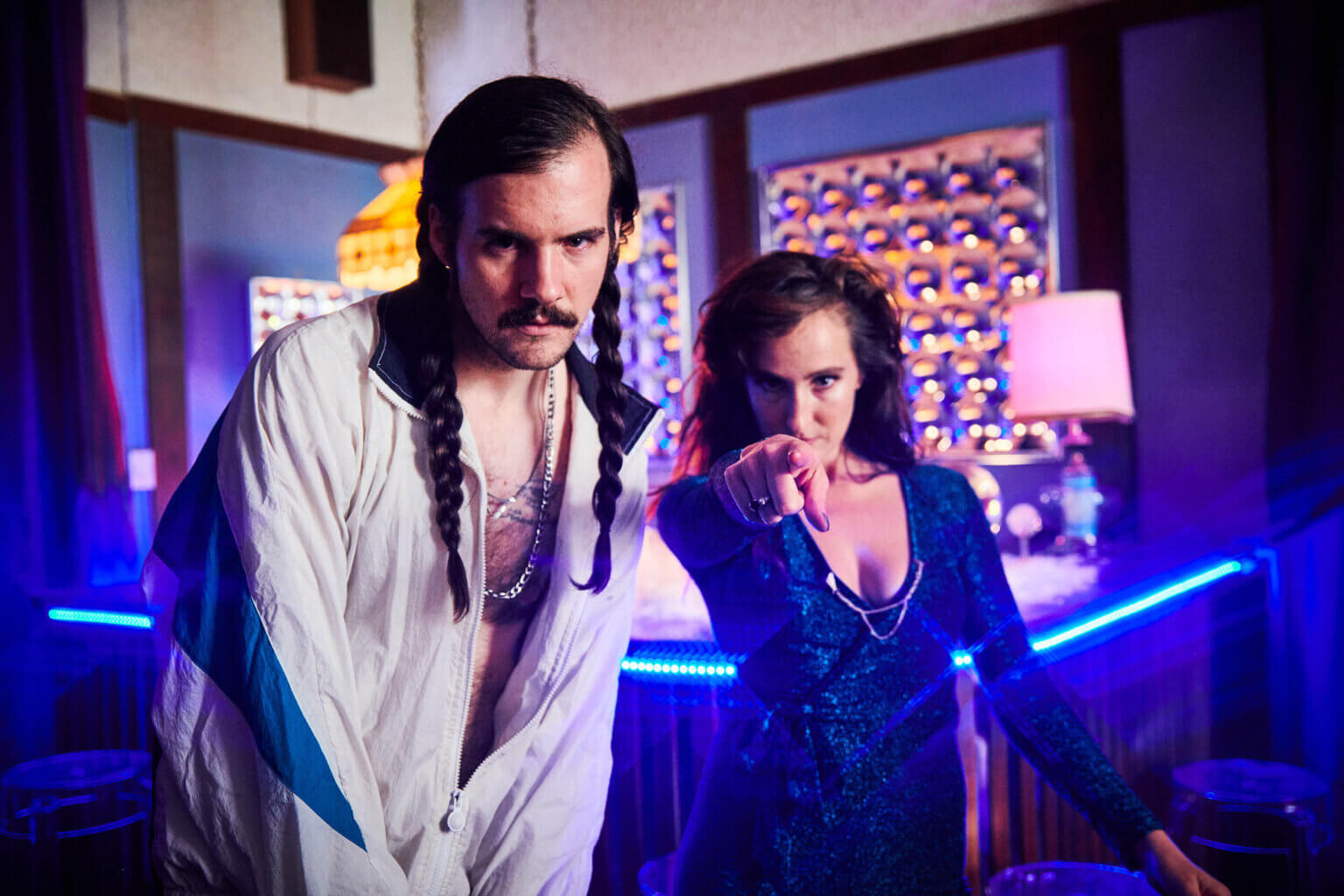 Los Angeles duo Cobra Man, have released a new video for their new single “Heatwave.” The song, released with perfect timing, was written about the experience of being locked in an apartment during a heatwave and trying to find someone with air conditioning. On the track, Cobra Man say, “‘Heatwave’ is about cabin fever and summertime madness…It’s about being desperate for comfort and safety.” “Heatwave” was written in the Fall of 2019 by Andy Harry, Sarah Rayne, Isom Innis (Foster the People), and Bonnie McKee. “Heatwave” was produced by Isom Innis and Andy Harry, and Mixed by Lars Stalfors at Lankershim Studios.

“We didn’t know our song would be such a hellish prophecy. We wrote “Heatwave” a year ago along with the video concept. It’s about being locked inside and losing your mind during a heatwave, desperate to cool down. We had a lot of obstacles to overcome in making this video safely, but we’re lucky to have some incredibly talented friends who helped us make it happen.”

The band formed a cult following in the skateboarding world and became known for their high energy spectacle shows.

In 2020 Cobra Man self-released the single “Light Me Up” paired with the premiere of Thrasher Magazine web series “Manramp,” The band has been writing and recording their first album expected to be released in 2021.