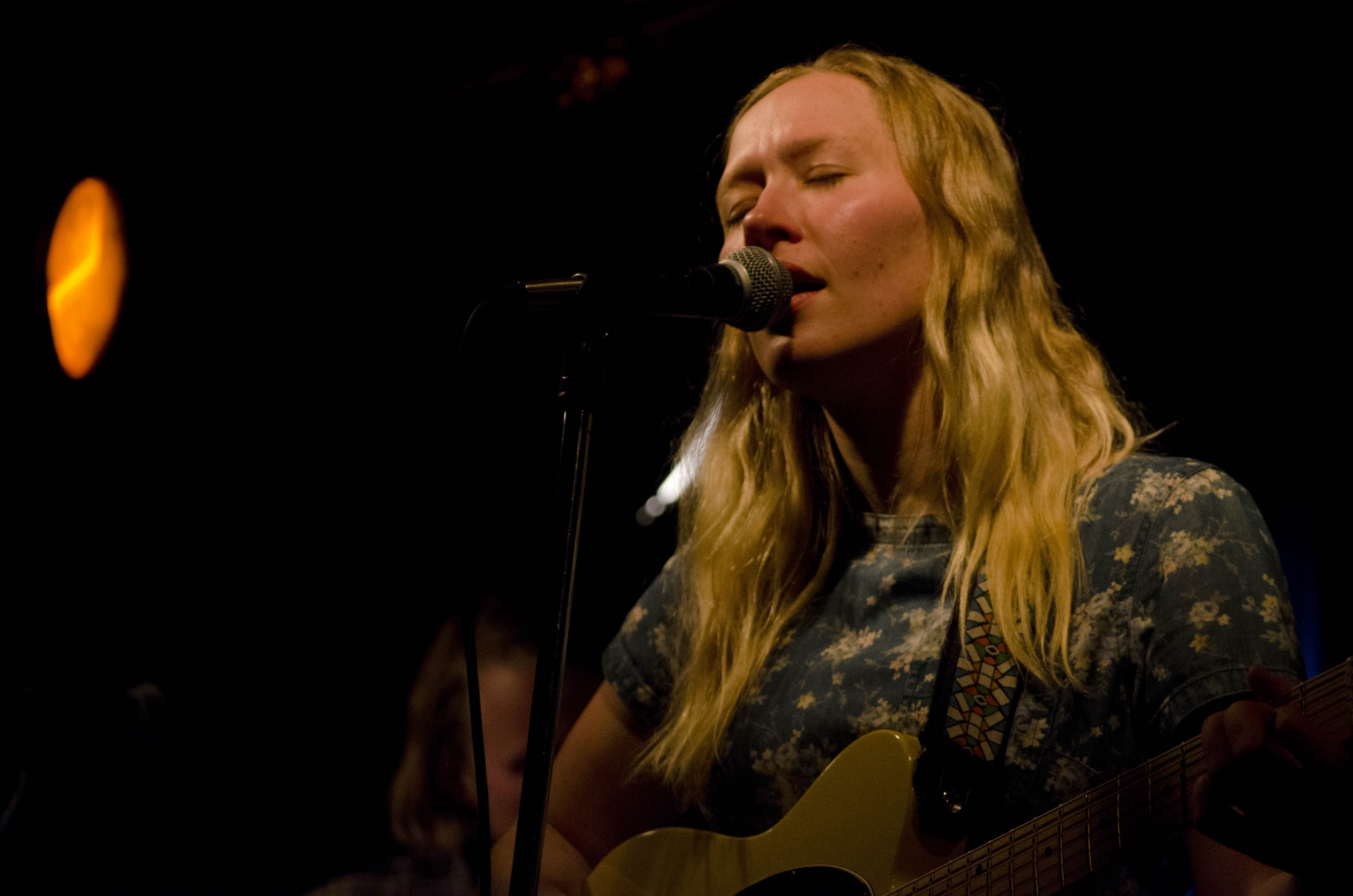 CMW April 21, 2017 – Julia Jacklin, Krief, Ascot Royals at The Rivoli
Julia Jacklin-
Melting the crowd like butter, Aussie singer songwriter Julia Jacklin’s set of heartbreaking songs with cutting emotion clearly resonated with the crowd. The rapt crowd stared in delight and sang along through tracks like “Leadlight” and “Don’t Let The Kids Win” appearing like the second-coming of Joni Mitchell as she lead her band without ever needing to overstate her songs with extra flare. Gracing the crowd with the devastating and relatable stories in her music, she held an admiring crowd throughout her set, packing the venue to the brim.

Krief-
Back after some time off, the grand-style rock of Krief showed what years of experience in the Dears can do for musicianship.

Blasting through song after song, walking the line between rock and art-pop, the band earned their shouts from the crowd, throwing in enough catchy melodies to have them singing back as well. Despite a patch-cord issue, the band persisted and kept the excitement on high, oozing in more passion into their solos and breaks as they went. Along with a overall tight synergy between members that made their harmonies killer every time, they made for great set to continue the night.

Ascot Royals-
Closing shop, the boys from Ascot Royals wouldn’t have you believe you were six bands into a night with the over-the-top reactions from the crowd. Bouncing around the stage and letting their larger-than-life music dictate their live show, there was a distinct electricity in the air for their set that didn’t let up.

With endless solos and the ridiculous amount of movement, members of this Aussie-Canadian band were shedding layers and even hats to manage the heat from their crazy live show. Calling on the band to sing with them over multiple songs, and memorable hooks, they took a tired crowd and resurrected them for one last hurrah to take the Rivoli’s long night out on a high note.

CMW April 21, 2017 – New Swears, Dune Rats at Lee’s Palace
New Swears-
Ottawa natives New Swears brought their distinctively off the wall live show to Toronto’s Lee’s Palace for their first of two sets April 21st. The power pop group, who recently signed with Dine Alone records for the release of their upcoming record ‘And the Magic of Horses’ showcased new material over the course of the evening including their latest single offering “Dance With the Devil”. The perfectly rowdy and raucous nature of witnessing New Swears live is not something to be missed, and the audience at Lee’s were certainly feeding off the bands energy.

Dune Rats-
Australian surf punk’s Dune Rat’s opened the night at Lee’s Palace for the Dine Alone Records Showcase, and they set the tone for what was a scrappy even of rock music. The trio are ridiculously charismatic on stage, bantering with the audience throughout and they quickly had everyone moving with their brand of garage rock grime. The Canadian onlookers did not seem all too familiar with the group from the beginning, but Dune Rat’s play high energy 90’s inspired music that you don’t have to think to hard about, which makes them an easy sell. Northern Transmissions recently caught up with Dune Rat’s during a stop in Vancouver for an episode of Records in My Life, where the band talk about albums (many of which the artists are Canadian) they bonded over and loved while growing up in Australia. You can check that out below: