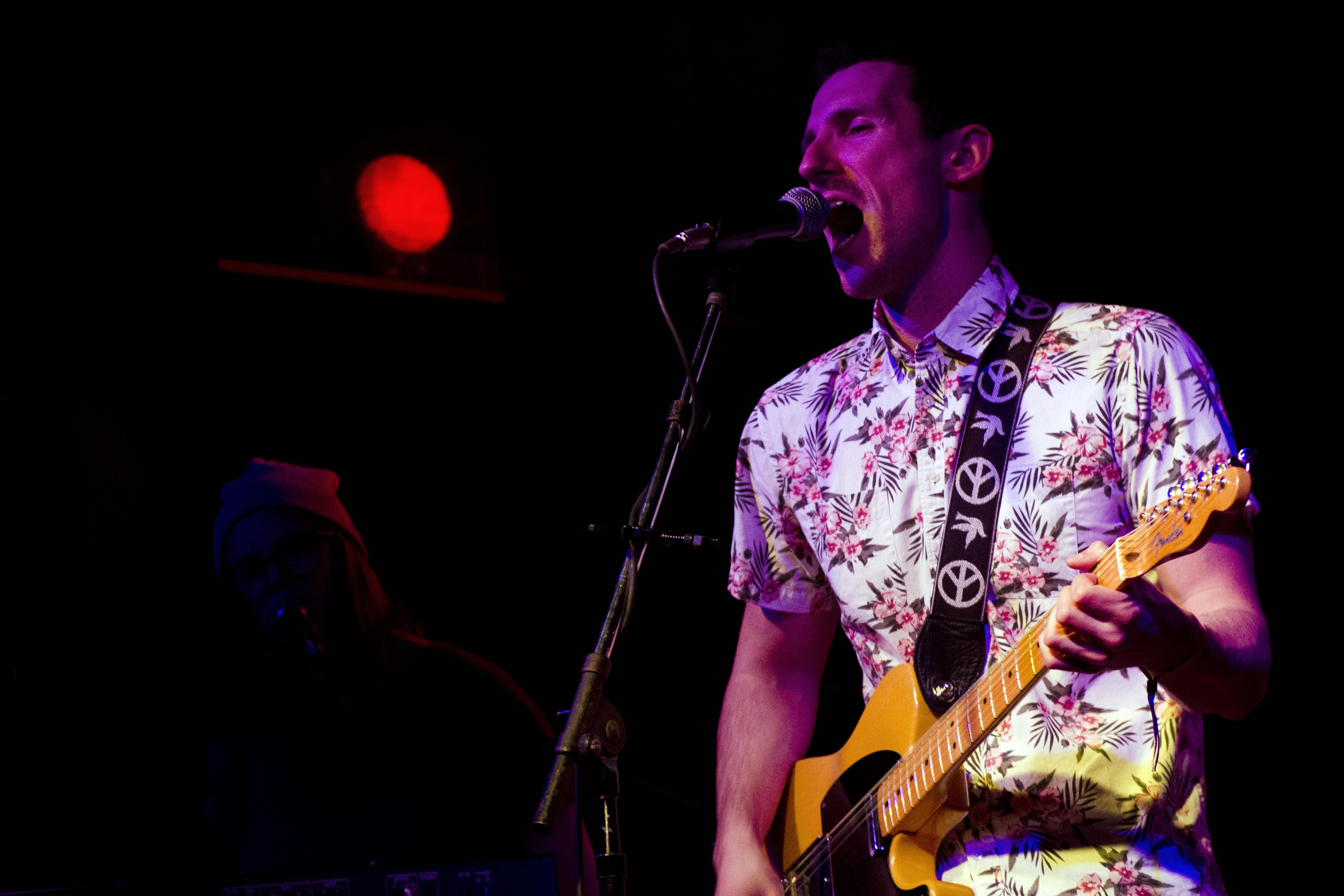 CMW April 19, 2017 – L.A. WITCH & The Barberettes at Lee’s Palace
Los-
This Quebec five-piece took the stage with a solid set of songs, playing their hearts out on the otherwise quiet Wednesday night. With a satisfying set of harmonies that expanded and shrunk depending on the song to great effect, the band was sonically on point throughout their set. A great voice and music that gave off some Sloan overtones made it all the more fun and some amazing organ tone gave it a unique sound. Through a Big Star cover the band’s pounding drums were always an amazing feat to behold and the immensely tight band pulled off their indie pop well with only a lack of movement on stage to really knock against them.

The Barberettes-
Giving what will probably be one of the most unique shows this week, this Korean retro-pop trio defied any possible expectation in their set. Walking on in matching outfits, they opened on a some light jazz while singing to the crowd “This is not your typical K-Pop show” trying to push any misconceptions out of mind from the get-go. Playing through some solid doo wop, the trio with their backing band were enthrallingly exciting to watch and unbelievably talented, hitting notes up and down the scale without ever losing power in their voices.

Filling in coordinated dance moves they even managed to play covers of “Mr. Sandman” and “Be My Baby” to the cheering crowd. Undeniably professional and proficient beyond compare the trio put on a show worthy of a packed over-sized venue and kept the crowd thoroughly entertained the whole show, making it a shame that it may not even be possible to catch them in Toronto for another few years.

L.A. WITCH-
Closing the night out, this California psych punk trio played a hazy set of songs drenched in reverb and distortion. With a cool sense of composure they blasted through their set with a rollercoaster of dynamic shifts, going from sombre and slow one moment to screeching and thrashing the next. Knocking it out of the park thanks to some great songs off their upcoming debut the band showcased not only some great technical talent but a knack for great song writing too.

Never overstating something more laid back they crossed the stage with style rather than off-the-wall energy, saving it for their more intense sonic jam moments. Masters of control the band revealed the more chaotic nature of their sound in these jams to much electric reaction from the crowd leaving anticipation high for their release later this year.

CMW April 19, 2017 – Charlotte Day Wilson at The Mod Club
Charlotte Day Wilson-
Toronto’s own Charlotte Day Wilson walked onstage to a ravenous reception from the hometown crowd for the first of two sold out shows at The Mod Club. Charlotte used the show as an opportunity to showcase a number of new songs, many of which displayed her range as a vocalist exceptionally well. The three piece band were tight throughout, easily blending jazz and r&b rhythms which complimented Wilson’s soulful delivery. It has been a big year for Wilson, and those lucky enough to have tickets to the second show (April 20th) will witness an musician bristling with ideas and growing into herself as a solo performer and artist.