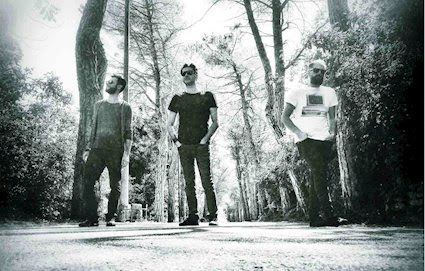 Italian shoegaze band Clustersun have released a new video for “Lonely Moon”, the second single from their sophomore album Surfacing to Breathe out now via Seahorse Recordings. The video, created by Psyche Coaster, shows a man falling down into a futuristic scenario of urban devastation and obscurity, who then ultimately reaches a light of hope at the very end – all of this a powerful allegory depicting a person’s inner torment.

“The sophomore album is a very tough step for every band, especially if it comes after a strong debut, as our ‘Out of Your Ego’ was,” says Marco Chisari. “We are so much happy and proud of how ‘Surfacing to Breathe’ came out, mainly because we’ve managed to capture how the band sounds live.”

These new offerings are influenced by shoegaze giants Slowdive, My Bloody Valentine, Ride, The Jesus And Mary Chain, The Brian Jonestown Massacre, Spiritualized, as well as Ringo Deathstarr, A Place To Bury Strangers, Cheatahs, Minor Victories, and Flyying Colours.

“This album is way fuzzier, more powerful, dynamic, edgy than the debut. Sounds were layered to build a dense, but articulated, sonic wall,” explains Mario Lo Faro. “Also we recorded the songs from ‘Surfacing to Breathe’ while we were touring so they retain that “live” vibe and power, while ‘Out of Your Ego’ had more ethereal and “light” tracks.

“This is an honor and a responsibility, as Italy is delivering some of the most interesting music in the shoegaze-psych-dreampop-postpunk-wave sphere,” Piergiorgio Campione. “Being cited alongside bands that we love and admire is great motivation to constantly push forward our limits,” Andrea Conti.

1. Raw Nerve
2. Antagonize Me
3. Lonely Moon
4. The Whirling Dervish
5. Don’t Let The Weigh of Your Soul Drag You Down
6. Surfacing To Breathe
7. Emotional Painkiller
8. Event Horizon

The ‘Surfacing To Breathe’ LP released via Seahorse Recordings this summer and is now available on vinyl, CD and digital formats at https://clustersun.bandcamp.com/album/surfacing-to-breathe 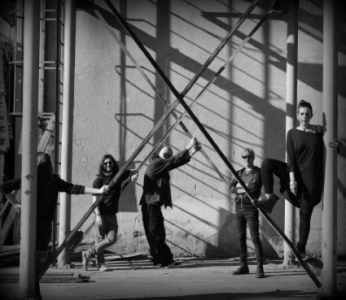