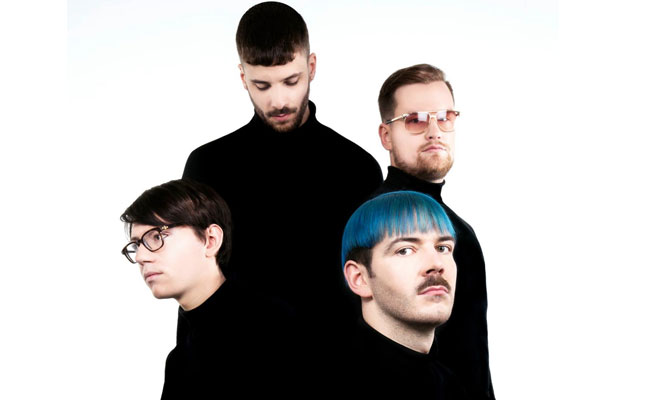 With Club cheval’s recent release of “Young Rich & Radical” and “Discipline”, the French four-piece are back to share a live version of “Scream”. The live version anticipates the group’s upcoming tour dates where they will perform all songs as a live group.

Club cheval are a collection of unique visionaries from the vibrant French electronic scene. The band members (Canblaster, Myd, Sam Tiba and Panteros666) share the same openness and respect towards club music and bounce off one another with their different influences, daring each other with new ideas and striving to better themselves as musicians. Together they have created a sound where various electronic sub-genres collide, resulting in their hybrid brand of futuristic R&B.

Having originally met as students in Lille, Northern France, they introduced themselves with two EPs on Brodinski’s vital Bromance label as well as remixes for Rihanna, Underworld, The Weeknd and Usher.

United by an appreciation of early Timbaland productions – think Aaliyah’s One In A Million and early Missy Elliott – they’re also inspired by the ground-breaking energy of Soulwax; a group who similarly defied categorization as they bent dance culture to their own will.

Club cheval’s mission statement is presented in their debut album Discipline due out March 4th via Bromance / Parlophone / Warner Bros. Records. Throughout they were joined by DJ Kore who provided an external mind to maximize their ideas, plus Miami-based singer Rudy who lends his smooth vocals to the project and gives Club cheval’s unique soundscapes a universal language.

“We made it with a lot of heart and tried to showcase everything we love about music. It can be read in many dimensions. Hope is at the center of this disc.”