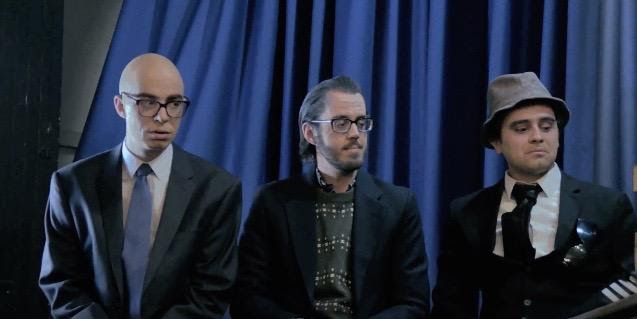 After announcing details their new album Life Without Sound, out January 27th via Carpark Records, Cloud Nothings are back today to share the video for the album’s lead single. The clip for “Modern Act” opens with the band as older gentlemen, mourning the loss of drummer Jayson Gerycz. What starts out as a tragic loss for the band quickly becomes something much more sinister, however, as the members are slowly killed off by a nefarious devil. Cloud Nothings, have also announced new European and North American tour dates, starting 11/14 in Oakland, CA.

For more than a year, Baldi was able to write these songs and flesh out them out with his bandmates – drummer Jayson Gerycz and bassist TJ Duke – before they finally joined producer John Goodmanson (Sleater Kinney, Death Cab for Cutie) at Sonic Ranch in El Paso, Texas, for three weeks in March of 2016. The result is Baldi’s most polished and considered work to date, an album that speaks to his evolving gift with melody while also betraying the sort of perspective that time provides. You can hear it in the aerodynamic guitar pop of “Modern Act,” and feel it in the devastating wisdom of “Internal World,” a lullaby-like howler that dwells on “the fact that being yourself can be uncomfortable and even potentially dangerous at times.”