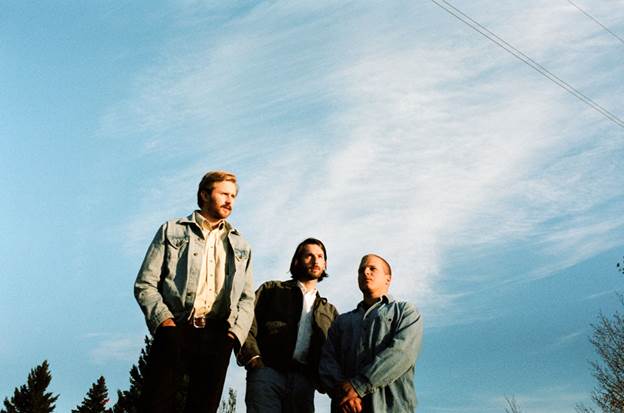 It’s been a while, since we heard new music from Close Talker. “Half Past Nine”, is the first song, since the release of their album Lens, which came out in 2017. The track marks a new chapter for the band. The three members, Will Quiring, Matthew Kopperud, and Chris Morien. “Half Past Nine” is a song the band wrote for themselves, about a night they will never forget, in hopes that the song would carry the same meaning in ten years, as it does today. Close Talker will be on the road this summer in North America and Europe. Current tour dates can be found below with more dates to be announced shortly. Their next show is onApril 25th in Amsterdam at LondonCalling Festival.

Chris Morien on the video for “Half Past Nine.”

“Wish we could say this was the first time we nearly got hyperthermia for a Close Talker video, but that would be a lie.” We seem to have made it a habit to shoot videos in the freezing cold and this video, although beautiful, was borderline foolish.” Captured by Ben Giesbrecht, the video was filmed on the Vancouver Island where the band had been surfing the day before. “The beach was vacant because it was too cold for the locals, so we thought we’d seize the moment and film a video that is cyclical in nature, beginning and ending in the freezing cold ocean. The video includes themes of chasing moments or feelings from the past, only to recognize that you’ll always be chasing if you don’t stop and enjoy the simple and often overlooked beauty around you.”