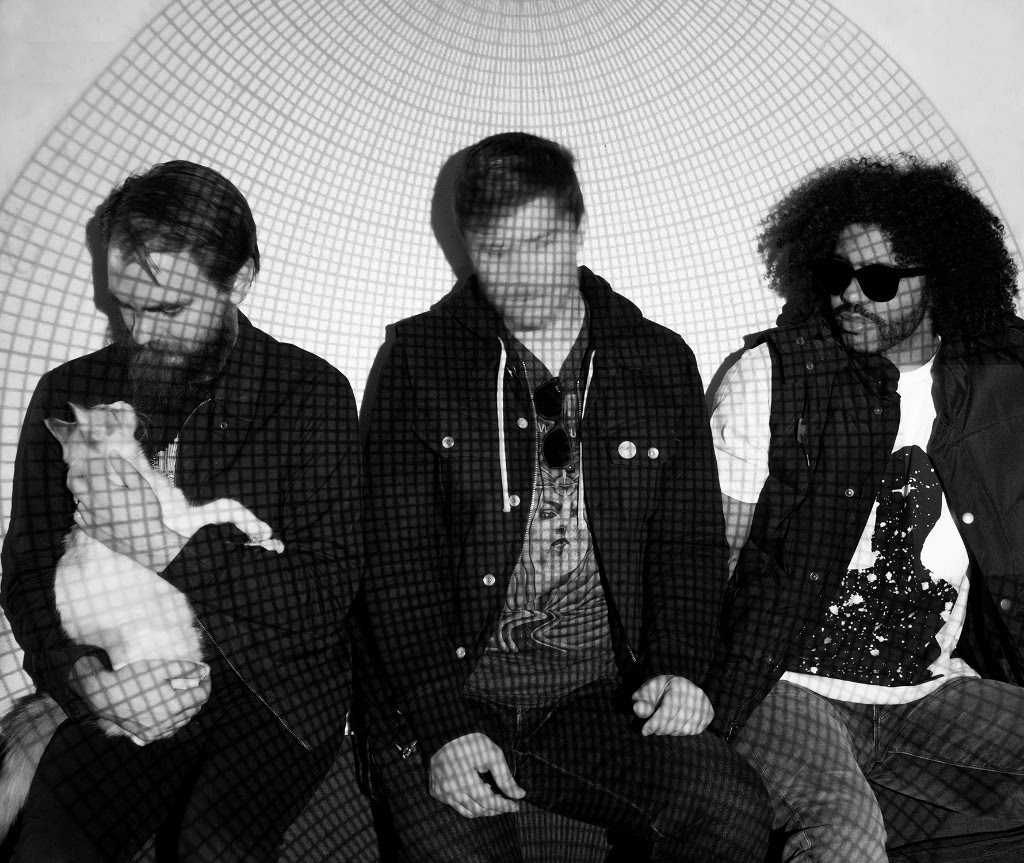 Clipping was Initially conceived as a remix project, Jonathan Snipes and William Hutson began composing new beats to accompany pre-existing rapacapellas. These early attempts paired noise and power-electronics inspired tracks with (stolen) vocals by commercial rap artists. Jonathan and William did this mostly to amuse each other and the duo earned very few fans. However, the band began in earnest in early 2010, when rapper Daveed Diggs joined the group. The three members had known each other for many years—William and Daveed since elementary school, and Jonathan since college. Clipping was their first project as a trio, building on both their long friendship and their many shared obsessions: rap, experimental music, and genre fiction, among others.

Clipping released Midcity on their Bandcamp page in February of 2013 and signed with Sub Pop Records only three months later. The band described their debut as “party music for the club you wish you hadn’t gone to, the car you don’t remember getting in, and the streets you don’t feel safe on…” But they were careful not to fall into the critical position assumed of all “underground” artists, where operating outside of the mainstream is understood as a negative judgement of the mainstream. Clipping wanted to emphasize that their experimentation was not meant to assert that all rap should sound one way or another, or that the band had anything but admiration and adoration for the rap music they were providing an alternative to. They went on to describe their sound in relationship to early Dr. Dre production, calling Midcity an attempt to make “classic west coast rap music out of the tradition where sounding different wasn’t cause for fear.”

Midcity began very much like Jonathan and William’s remixes had—noise-inspired beats with aggressive rapping, all made very quickly—but as the project developed, the trio found that their strength lay in more conceptually rigorous practices. Halfway through the album, complex rules began to shape their processes: the band restricted themselves from using traditional drums sounds, and the lyrics were never written in the first person. The first rule was dismissed shortly after it was established, but the second became one of the main strategies for Clipping’s follow-up album.

In 2014, Clipping released their Sub Pop debut, CLPPNG. The title was a reference to the absence of rap’s most common word—“I”— in the album’s lyrics. The omission played with a common contradiction in rap lyrics: their dual position as assertion of individuality and authenticity, and their condition as shared generic codes that can be infinitely rearranged by each new author. Clipping experiment with rap as art-in-a-closed-field but vacate that art of its presumed subjective center, revealing instead a collage of recurrent rap themes, generated as if by an artificial intelligence. The band viewed this limitation as a constrained writing technique, similar to those used in Georges Perec’s La Disparition and Walter Abish’s Alphabetical Africa, but apparently this was too subtle a concept for some listeners as no professional reviews of the album noted it. Many even lamented that the lyrics were less experimental than the beats.

However, the beats on CLPPNG were, in their own way, quite traditional. For the most part, they represented attempts to adopt regionally and generically specific hip-hop tropes, filtered through the band’s unique lens. The single “Work Work,” which featured a guest verse by Compton rapper Cocc Pistol Cree, was a musique-concrète interpretation of a contemporary west coast beat (think DJ Mustard, League of Starz, HBK Gang) built from the sounds of smashing cinder blocks, crumpling beer cans, rolling ball bearings, and one very musical thermos. “Summertime” (with King T) achieved an old school G-Funk vibe, “Tonight” (with Gangsta Boo) aimed itself at a sweaty Memphis nightclub, and “Inside Out” captured Clipping’s love of 1990s KLC beats for No Limit Records. Even “Get Up,” with its incessant alarm clock drive, was conceived in reference to Trillville’s bedspring-squeaking anthem “Some Cut” and combined with the questionably-motivational message of the Geto Boy’s “First Light of the Day.” CLPPNG’s musical language was one of citation, pastiche, and homage ultimately concluding in an utterly faithful performance of John Cage’s tape composition “Williams Mix.”

The Wriggle EP comprises six tracks that weren’t finished in time to make it onto CLPPNG. For “Shooter,” Clipping recorded themselves firing fifteen different guns, the sounds of which exclusively constitute the beat’s drums, augmented only by a synthesized tone-row. The verses reference the well-worn technique of “hashtag rap,” but instead of using it to boast about the rapper’s personal wealth and masculine prowess, Clipping generate imagistic narratives of three different violent encounters. True to much of the group’s music, “Shooter” is an attempt to reframe a familiar style and test the limits of its formal capabilities.

“Back Up” features two of Clipping’s friends and musical associates, the Anticon-signed rapper Antwon and Signor Benedick the Moor, while “Hot Fuck No Love” contains what might be the most explicit verse to date from Clipping’s favorite New Jersey rapper Cakes Da Killa. The EP’s title track, “Wriggle,” is built around a sample of the influential power-electronics song “Wriggle Like a Fucking Eel” by Whitehouse, transforming William Bennett’s torturous imperative intoa instructional dance-floor banger.