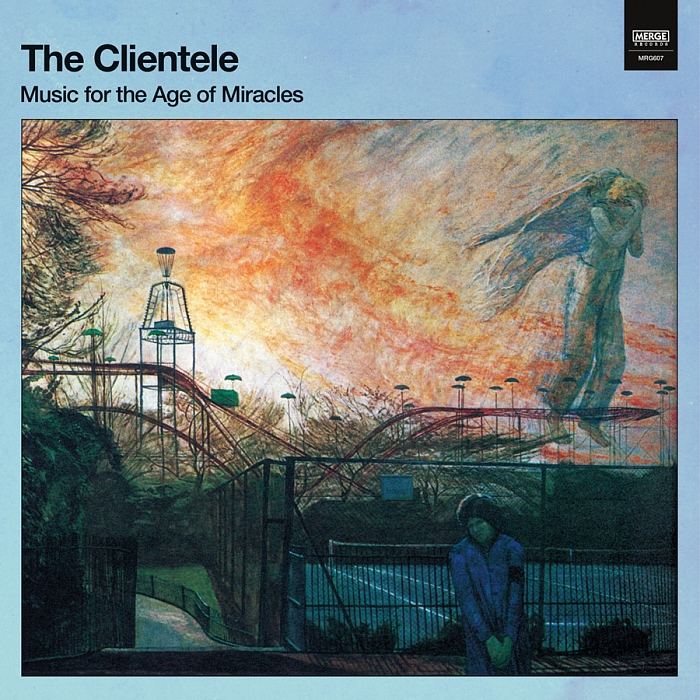 Music For the Age of Miracles

Eight albums deep, the Clientele are masters of a mood and sound, letting their writing do the talking more than ever. Like a magical fairy tale this album sets you right into its world and keeps you hypnotized from start to finish in its constantly beautiful arrangements. While at times a little repetitive or straightforward writing-wise, and lacking a little breathing room, the album is so immediately classic that you’ll easily forget about that.

While the album opens abruptly on “The Neighbour” it cuts the shock quickly with a wonderfully potent pop that sweeps in delicate instrumentation to its spritely tones. Finally taking its moment to breathe with the fantastical instrumentation of the bridge, there’s an elegance to the composition on the track that keeps impressing. “Lyra In April” takes an outro-esque approach as it harnesses all the darker emotions that were palpable as the album begun. Through some light wind and an emotional piano line, it hits with lovely emotion.

“Lunar Days” continues the storybook-like indie drive with its light string work and harp that strikes in just the right places. The hazy vocals and overall shuffle of the beats give the whole piece a catchy swing while being immensely magical. Taking in brilliant tones from exotic instrumentation, “Falling Asleep” feels like a floating mix of accents on a steady bass of drums and arpeggios. While it certainly runs long for a more repetitive composition, it will entrance listeners nonetheless.

Letting the groove drive a little more on “Everything You See Tonight Is Different From Itself” there’s an exciting rock sound to the song. Blending swooning harps with a loud and gritty guitar, the track brings an exciting edge to the style they’re tackling here. “Lyra In October” is a short harp ballad that resolves it’s part of the record in a minimal fashion, that will work best in listens through the entire record.

“Everyone You Meet” cuts right to its strongest melodies, feeling strangely iconic from the moment it starts, blurring the lines between verse and chorus in its constant hooks. Slowly building in a lot of other instruments it mostly avoids potential issues from being one giant chorus, especially in the string breaks. While “The Circus” actually does a great job of crafting a heavy mood and sense of place, it does tend to sound a little too much like a random folk song at times. Standing tall on its big hooks, it escapes a lot of these fallbacks through clever writing of moments.

Like a lullaby, “Constellations Echo Lanes” beats softly and sings in little above hums, making a for a wondrous tone that urges one to imagine. Using more zithers to great effect, the swooning trumpets make for song that embodies the fall, while maybe at times feeling a little sleepy. The spoken-word drive of “The Museum of Fog” is a really cool take on the band’s sound, as it harnesses their storybook tones into what feels like an amazingly scored book on tape. A perfect summation of their sound and wonder, it does remind you however of how little space they leave you to get into any one song before they start the vocals.

“North Circular Days” is a deep and sad track, that although emotionally-charged, does sound similar enough to other classic piano tracks enough to only work in the scheme of the album. “The Age of Miracles” closes the album with a sweep of flickering instruments that all come crashing down in every chorus to strong results. While feeling a little anti-climactic for an album closer the string moments that close it out make up for this a lot.