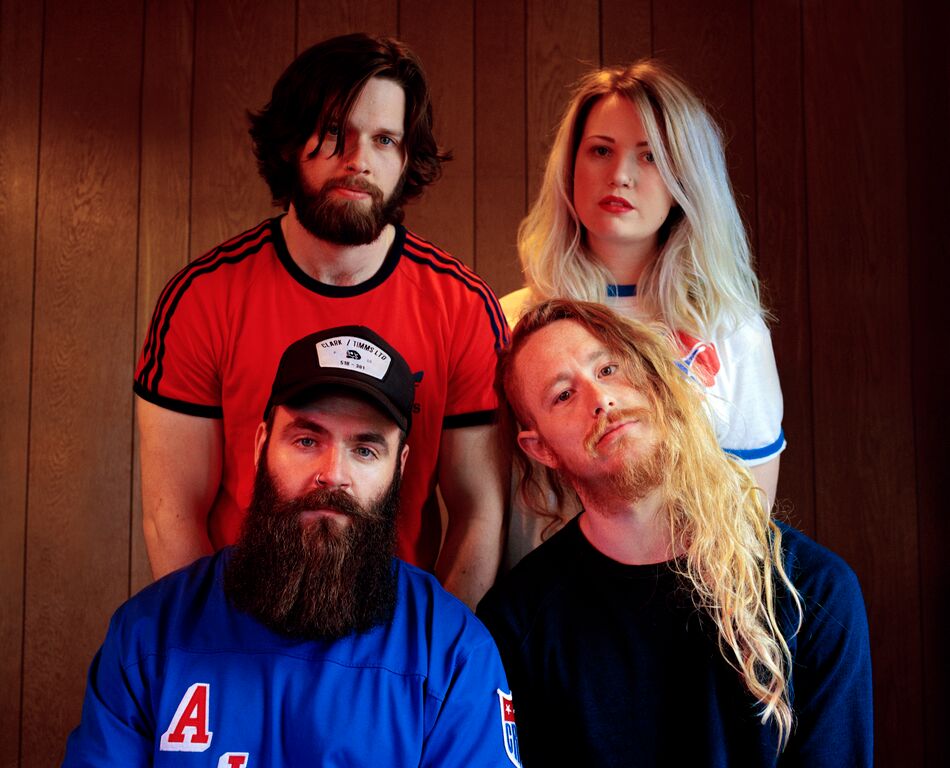 Clean Cut Kid have premiered their new track ‘Jean’, on the flip-side to forthcoming single ‘Runaway’ (via Polydor Records) – which has seen the band play their debut shows at CMJ and in LA, and comes ahead of a headline slot at London’s Community Festival on November 4th.

The follow-up to their indelible debut “Vitamin C”, Mike Halls, Evelyn Halls, Saul Godman and Ross Higginson are a quartet from Liverpool who make inventive and exhilarating art-pop, described as “soulful pop ballads, washed in Mersey water”.
Like “Vitamin C”, it is the product of countless days and nights spent at the band’s practice space in Liverpool. It was self-produced by the band and mixed by Mark “Spike” Stent.

Describing the inspiration for ‘Jean’, Mike writes: “Jean was my nan: a gigantic character with the sharpest wit and one of those boss, bone-dry scouse dispositions. When she died a few years ago, the whole family lost its North Star: none more than my Grandad Jimmy. All of a sudden he seemed 2 feet shorter, and that famous sparkle in his eye was gone. Jean (the song) is me trying to put into words what I could see he was feeling. Even if nobody outside my family gets it, just the fact that someone somewhere might be singing her name long after she’s gone will be enough.”

The four-piece appeared at a number of festivals over the summer including Latitude, Secret Garden Party and Somersault. They also headlined the Introducing stage at Reading and Leeds. Clean Cut Kid will now support Shura at Brixton in December, in addition to releasing a limited edition seven-inch version of ‘Runaway’ backed by ‘Jean’.