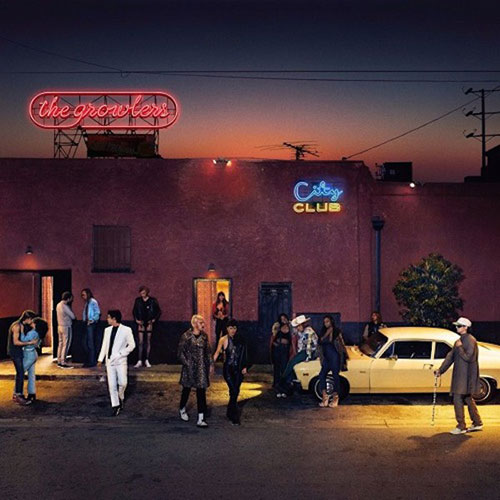 California scuzz band, The Growlers have caught the eye of an influential 00’s indie figurehead; such was the allure of The Growlers this talisman decided to sign them to his label, Cult Records and then took up the mantel of producing their fifth LP ‘City Club’. If you’ve not guessed yet, the icon who’s taken a shine to the Cali five piece is none other than Strokes frontman Julian Casablancas. “Nor gypsy, nor skater, nor goth, nor hobo, nor surfer, nor punk, yet somehow all of these things. The Growlers just might be the most interesting band in the world, certainly one of the coolest.” Now that’s quite the accolade right?!

With the news of Casablancas’ involvement it’s really hard not to look for similarities to The Strokes; The Growlers are definitely cut from the same cloth as the NYC group – this is down to the fact they both sound retro-futuristic, the kind of audio vision a band would have had back in the 70’s of what guitar music would be like in 2020. Brooks Nielsen possess a drawl not dissimilar to that of The Strokes band leader; that nonchalant cool that projects a juxtaposition between rough and smooth. With the probably the strangest vocal comparison I’ll ever give – Nielsen’s vocal is the sonic equivalent to crunchy peanut butter.

‘City Club’ is a record made of many layers, guitars twang and meander as if deliberately going off on their own tangent, while fizzing synths crop up in random spots and then there’s the robust drumming which is steadfast and ever present. The Growlers opt for a sense of buoyancy on a number of tracks and this is where a resemblance to The Clash can be found; ‘l’ll Be Around’ bobs and weaves like a drunken boxer while closing track ‘Speed Living’, with some added sleazy sax for good measure, draws a likeness to ‘London Calling’s ‘Train in Vain’. When the pace drops, ‘City Club’ can falter slightly but ‘Vacant Lot’ is where The Growlers get it spot on with a dirty crawl through the “terracotta mud” and depicting a cityscape where “red lights paint the strip in neon blood”. Nielsen’s vocal is sinister and menacing – adding to the song’s brooding aesthetic.

The Growlers have obviously made an impression on Mr Casablancas and with ‘City Club’ they’ll surely grasp the attention from a new host of music fans. 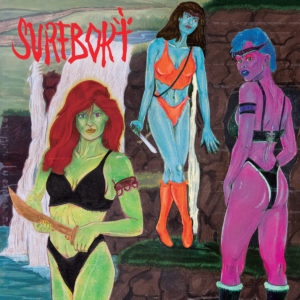