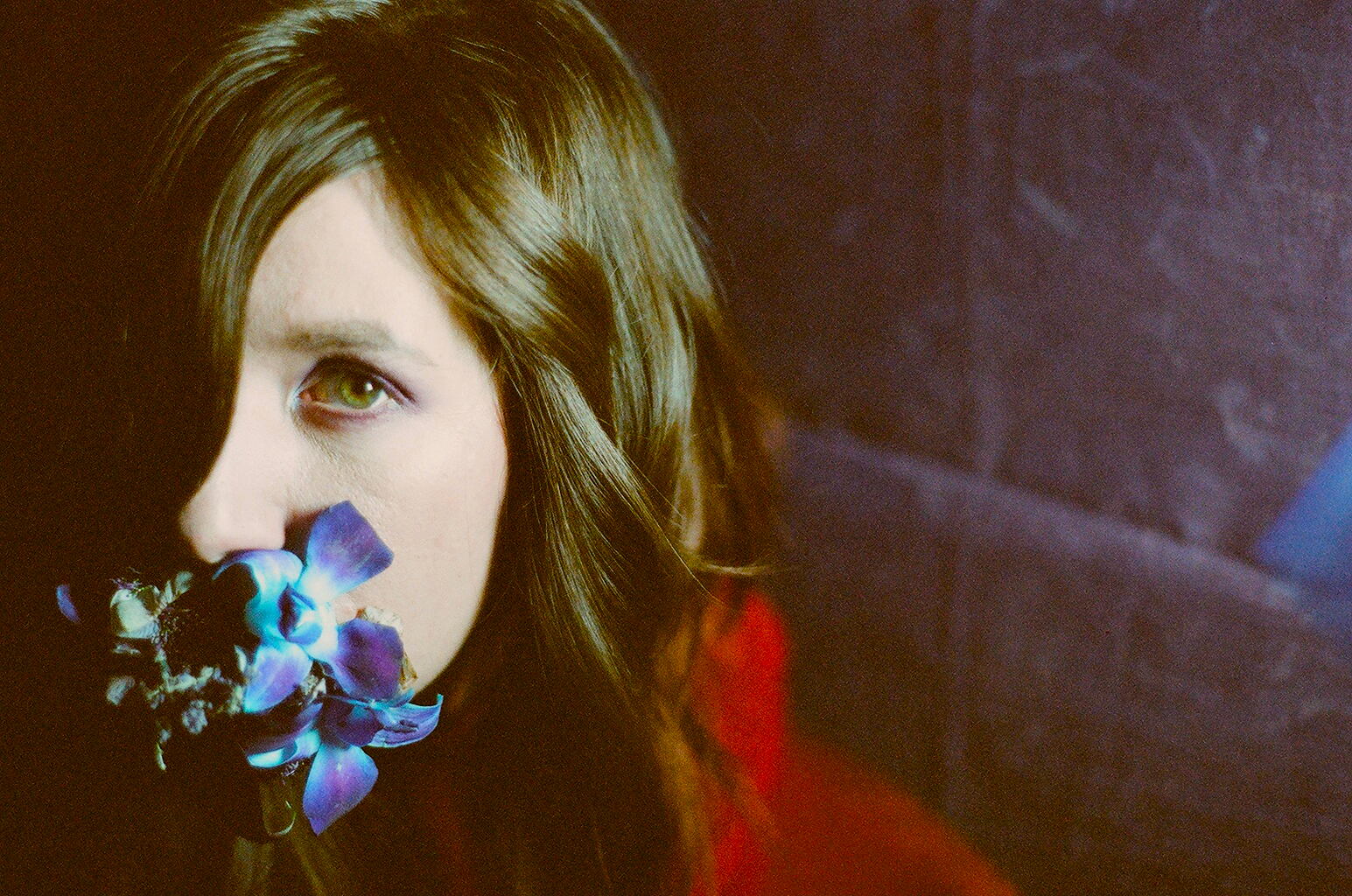 Haley Fohr has never approached indie predictably. Holding down the fort of her project Circuit Des Yeux for the last decade, her moves in and out of collaboration offered constantly evolving writing. As her operatic vocals and abstract compositions changed with her, her latest release Reaching For Indigo finds her stretching her electronics and creativity further than ever. We caught up with Fohr ahead of her show at Bar Le Ritz in Montreal on November 12 to talk about her Jackie Lynn project, recording her new record and what she’s found in herself.

Northern Transmissions: How did you start working with Cooper Crain (Cave, Bitchin Bajas) on this record and what did he bring to the process?

Haley Fohr: I’ve known Cooper for a long time, so we’d started a dialogue about it before I’d even written the songs. Just talking abstractly about what I was trying to accomplish with it sonically, and pragmatic things like budget because I do pay for all my own recording. It was pretty limited so we had to figure out what to do with our money. He played a large role in the players on the album. It was pretty exciting because I knew I wanted an upright bass player, we scouted people out. We recorded the album at his house at mixed it at a studio that we’d both been involved with for a while. It was pretty intimate and multi-layered.

NT: How did people like Ka Baird, Tyler Damon, Whitney Johnson and your huge list of collaborators come into the fold and was there any surprise moment from this gathered cast?

HF: It was pretty intentional going into the record. Most of the people I’ve been working with for the last few years are pretty prolific in the American underground. So you work with these people because it’s friendship, you’re trading creativity. You meet each other at a show in basement and then tether yourselves to your friends for years. A lot of the people on this record were on my last record, and near the end of that cycle I was playing a lot of festivals, so my rhythm section was pretty post-rock orientated. I knew this record was going to be more neo-classical and more texturally-driven than heavy-hitting songs, even though all my music is kind of strange. Letting go of that configuration of people was hard to do, we’d created this language and momentum but I didn’t want to make a rock record. It was a culmination of friendships but intentional curation. Some of the people I work with are musicians for hire in some respect but I can’t pull from a catalogue of session players. For me it’s a little too personal to go that route.

NT: Did you find the process of making recordings between touring sessions activate a perfectionists dilemma or were you busy enough that it was just spreading out one longer session?

HF: It was the first time I’d ever recorded an album like that, and it was pretty uncomfortable and not really ideal. I like to hole-up but that does happen to me where I become a perfectionist and pick things apart too much. When I’m writing music it’s pretty intoxicating, I get really wrapped up in it and arming myself with Cooper or someone who’s involved on the outside to guide me when I’ve gone too far is really valuable to me. I definitely tried to bridge the gaps at these lives shows with a new song or arrangement. It’s kind of painful though to present a piece of work that’s not completely finished. I was being offered a lot of opportunities that I couldn’t say no to, and I had to pay the bills so it was a learning experience. Cooper and I would take five days at a time and hole-up in his house.

NT: Considering you’re running the ship with Circuit Des Yeux, why did you start the Jackie Lynn project, what did it offer you that you couldn’t do in Circuit and was their anything you wanted to bring to this latest record from that experience?

HF: Jackie Lynn was good for me in a lot of ways. It was a pretty truncated inception of an idea, it was concise. Circuit is tethered to my emotions in such a heavy way that I didn’t know if I could make art from a different place. It gave me confidence to execute this idea. Pragmatically I wanted to write shorter songs with more words and sing in a way that wasn’t more operatic. It’s more of a selfish artistic challenge I set for myself to make this style of music. If I learned anything from it, it’s that Circuit Des Yeux is very important to me. When I was performing as Jackie, I was having a great time but something very huge was missing, and it gave me this hunger to get back to me. I also had this fear that Jackie Lynn would surpass Circuit Des Yeux, and the idea of me dressing up as someone else every night was very dangerous to me. In a lot of ways it solidified my identity as Circuit Des Yeux.

NT: You’ve talked in multiple spaces about the idea of Haley being Circuit Des Yeux and vice versa, can you elaborate on what you mean by this?

HF: It’s been a long journey for me, and it sounds like a sad story but it really isn’t. I felt very uncomfortable in the world ever since I was a kid. It’s been a struggle finding my place where I can be somewhere and feel 100% me. Initially that’s why I created this project, because it was a conduit to get to a stage. Once I got to a stage it was so freeing, and I felt like I could really be me. When I sing I feel like the purest form of myself. Affirmation has been a slow-burn with record sales and media, but for me it’s so spiritual and real. My reflection to society is starting to line up with my internal dialogue.