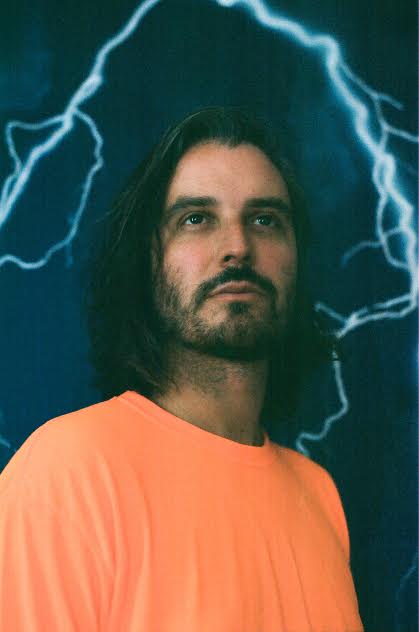 Cigar Cigarette is the project of producer, sound engineer/multi-instrumentalist Chris McLaughlin. His debut Cigar Cigar Cigar Cigarette is an industrial-tinged alternative soundscape guided by anxious, apocalyptic mystique as much as it is by McLaughlin’s wide-spanning ear and expansive vision. Boasting ten years of production work ranging from Kanye West and Justin Vernon of Bon Iver to Fabrizio Moretti of The Strokes’ machinegum collective and a recent Neon Indian remix, McLaughlin’s solo debut is a strange and stirring collection of songs that calls to mind The Smiths and The Virgins if they played on the ashes of a fallen city. Today, Cigar Cigarette has debuted his brand new single “Hard Five.”

“The song “Cigar Cigarette” came first,” says producer, sound engineer, and multi-instrumentalist Chris McLaughlin about his solo project’s name. “It was some bizarre Dadaist lyric that’s this repetition of an object that lives in its own world. When I started mentioning it to friends, they were like ‘oh, of course—big thing, little thing.” “One of the best things I can do is help raise up the voices of others, which is really important to me, especially as a producer or as an engineer,” says McLaughlin. “I’m definitely offering creative ideas constantly, and sometimes that can get really frustrating if people don’t end up using them. On the other hand—and that’s the satisfying thing about making your own music—it goes right in my pocket for the next record.”

Early experiments soldering with old 80s digital delays, samplers and obscure flea market equipment would inform a lifelong commitment to DIY creation. This approach would lead to McLaughlin recording the seedlings of Cigar Cigarette in an abandoned Masonic Temple in Boston. “The acoustics were nuts,” McLaughlin remembers fondly. “The long guitar reverbs are literally just the room echoing. I set up speakers and would play shit back through the room and sample the sounds of the space’s reverb.” The sessions in the temple would lead to a stirring and strange collection of songs that call to mind The Smiths and The Virgins if they played on the ashes of a fallen city.

“Hard Five,” was written pre-election in the wake of a friend’s funeral, calls to mind both a hot summer day pounding the pavement in New York City and the nervous jitters of a world mid-collapse. “I think there’s a lot of anxiety in the music,” he says. “These songs were written about an apocalyptic future I felt was coming, the rise of know-nothings, anti-science and nationalism that was starting to bubble up. It’s terrifying because a lot of it was open-ended imagery, but now serves as a kind of gallows humor—it’s just getting worse and worse, and all you can do to stay sane sometimes is laugh!”

McLaughlin’s project may serve as a respite amid the chaos, but his ethos remains generous as his production work, rooted in aiding and uplifting the voices of other musicians and participating actively in the fight against the oppressive powers-that-be, including taking part in a compilation put out by Rough Trade in support of the Black Visions Collective.