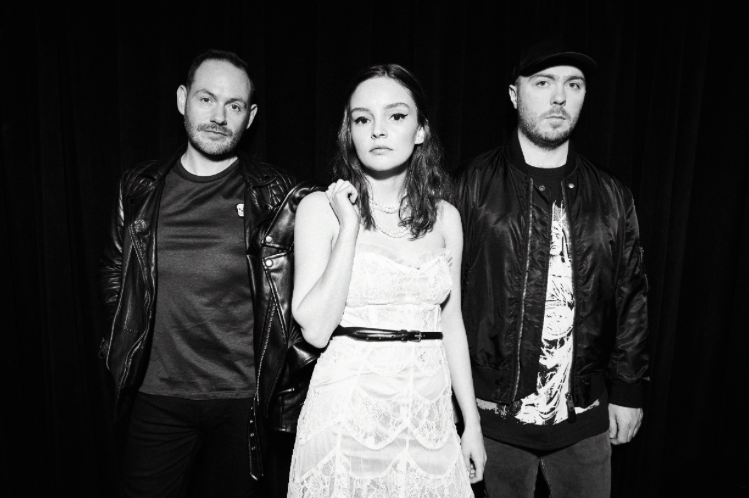 “Ask me no questions, I will tell you no lies, careful what you wish for. We’re looking for angels in the darkest of skies…I’m not asking for a miracle,” CHVRCHES frontwoman Lauren Mayberry sings on the band’s new song “Miracle”, which they’ve shared today ahead of the release of their new album, Love is Dead, out May 25th on Glassnote Records. “Miracle” is the fourth track released from the forthcoming record, following “Get Out”, “My Enemy” featuring Matt Berninger and “Never Say Die”.

On working with Steve Mac on “Miracle” the band says:

“Miracle is the only song from Love Is Dead that we didn’t write and record in the States, instead producing it in London with Steve Mac. Steve is such an intuitive writer with such a killer ear for melody and working with him felt very easy and natural. He makes space for everyone in the room and really pushes people to try things and go outside of their comfort zone, in a good way.”

For the first time in their career, CHVRCHES have worked with outside production with Greg Kurstin co-producing nine tracks, and Steve Mac producing “Miracle”.