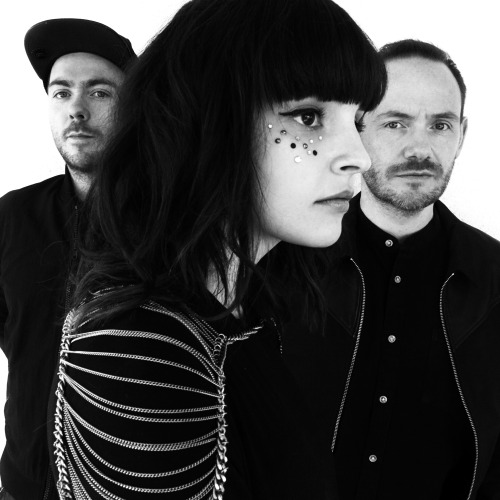 CHVRCHES debuted the video for their single “Clearest Blue” recently. The video was directed by Warren Fu (Daft Punk, Haim, The Killers). “Clearest Blue” is on CHVRCHES’ sophomore album Every Open Eye, which was released in the Fall of last year via Glassnote Records.

The band will be back in North America this Spring, continuing their world tour supporting the album. They tour kicks off on the ParAhoy! cruise hosted by their good friends Paramore in early March. They’ll then make appearances at Buku Music & Arts Project in New Orleans, Coachella, Governor’s Ball, Bonnaroo, and Firefly Music Festival, with a string of dates in between.

Late last year Iain Cook, Martin Doherty and Lauren Mayberry returned to their own Alucard Studios – a converted flat on the southside of Glasgow where their stunning debut was conceived – and began developing ideas they had recorded in venues during their time on the road. The band found riffs, loops and melodies they wanted to develop or started from scratch on the synths, pads and machines they had been gathering in their basement to create the instrumentals of the songs. Vocal melodies were developed as the songs took shape with the lyrics added last, developed from words and sentences from notebooks Mayberry had kept on tour.