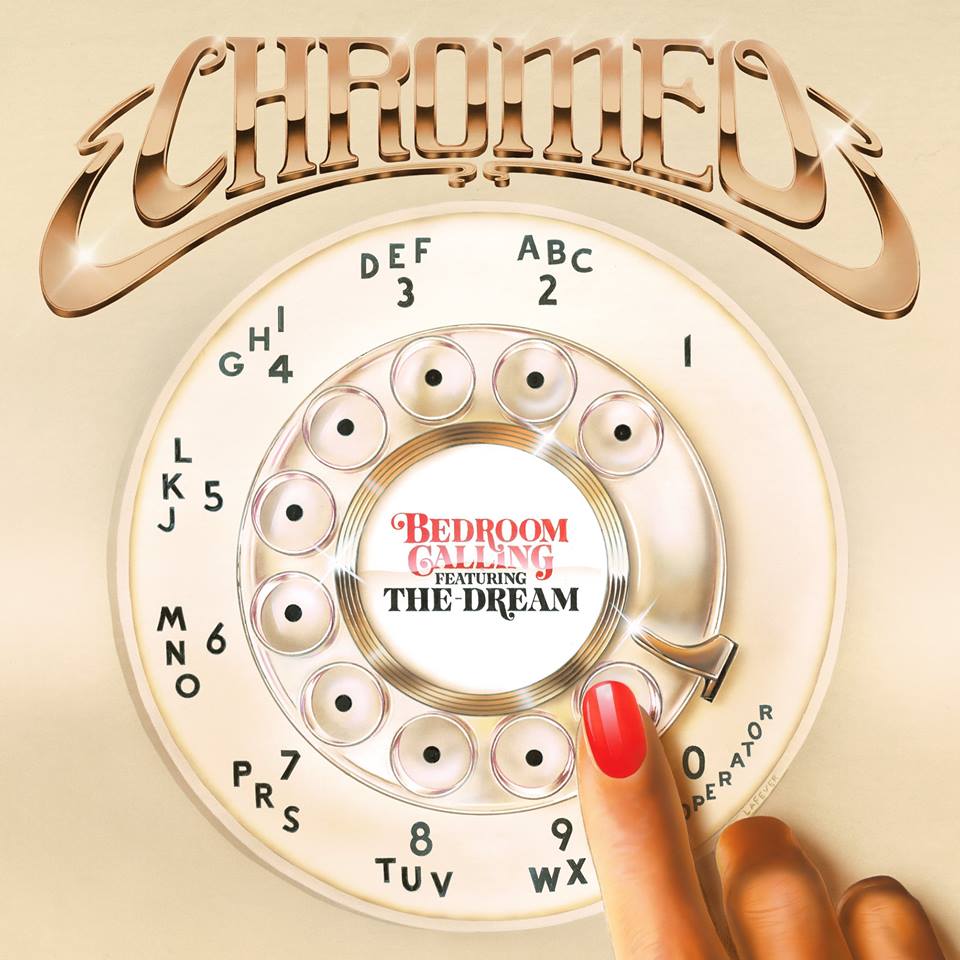 Chromeo, has debuted “Bedroom Calling” featuring The-Dream – the second track from their forthcoming album, Head Over Heels. “We’ve been obsessed with The-Dream since ‘Fast Car’ from his first album. To us, he’s a modern day funk auteur, like Prince or El Debarge. This song pays homage to our favorite work of his,” says frontman, Dave 1, of the new glistening R&B jam.

Chromeo, is set to tour the world this spring and summer. With dates kicking off April 3 in Vancouver, the tour will continue with stops in Paris, Berlin and New York as well as appearances at Coachella, Bonnaroo, Primavera Sound and more this summer.

Chromeo is comprised of Montreal natives and high school best friends Dave 1 (David Macklovitch) and P-Thugg (Patrick Gemayel). The group rose to prominence with their seminal 2007 release, Fancy Footwork, heralding the dawn of the 80s electro-funk. Head Over Heels, their fifth full length, is their most polished, ambitious and collaborative work to date, featuring studio veterans like Pino Palladino (D’Angelo, The Who) and Jesse Johnson (Prince, The Time, D’Angelo) alongside guest appearances by DRAM, The-Dream and many more. It’s out later this year.