Today, Chrome Sparks, aka. Jeremy Malvin, is set to announce the release of his latest EP Goddess. Set for release on April 22nd on Future Classic, the album finds Jeremy mining the depths of bass music, synth pop, ambient hip-hop, and everything in between. To mark the announcement of the release, Chrome Sparks has made the record’s title track, “Goddess,” available to stream above. Malvin and his band also begin their latest North American tour tonight in Ann Arbor. The tour takes Chrome Sparks through the West Coast, South, and East Coast, with a stop at Coachella.

Inspired by a background in classical percussion and an obsession with synthesizers, Jeremy Malvin creates music under the name Chrome Sparks. A Pittsburgh native who now resides in Brooklyn, Jeremy cut his teeth playing in Stepdad, Miniature Tigers, and Rich Aucoin. Jeremy kicked off his solo project Chrome Sparks in mid-2012 with the track “Marijuana,” a thumping, fluttering piece of synth-centered bass music that unexpectedly set the internet alight. Following a series of informal bandcamp releases, Chrome Sparks released his first official EP Sparks on Future Classic in 2013. Jeremy currently resides in Brooklyn, where he spends his time working on music in his bedroom, often only leaving it to play DJ sets. In an effort to branch out from this insular existence, Jeremy is currently on a year-long project to have a lunch with a new person each day. 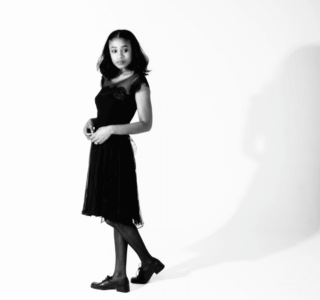