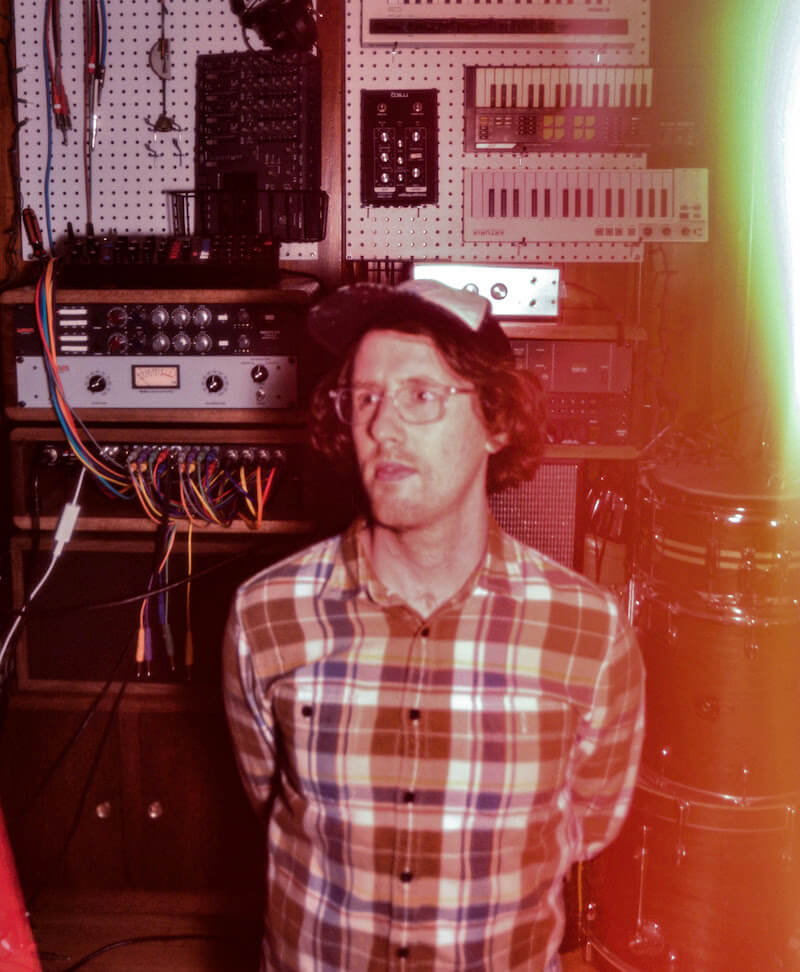 Photo credit: Hannah Rainey
Share on TwitterShare on PinterestShare on PocketShare on RedditShare on FacebookShare on Email

Chorusing has shared a new single “Blue Ridge” from his upcoming debut album Half Mirror which is out August 13th via Western Vinyl. Chorusing is the creative moniker of Raleigh, NC-based songwriter/producer Matthew O’Connell.

Speaking about the track, O’Connell said “‘Blue Ridge’ is a song that deals with the experience of nostalgia. It recalls an old friendship—driving and smoking cigarettes on the Blue Ridge Parkway outside of Asheville, staying up late in a city park, drinking too much, hysterical laughter, so on and so forth. Writing the song was my way of dealing with feelings of longing and nostalgia—an attempt to replace them with warmth and appreciation for a fleeting moment in time.”

On Half Mirror, O’Connell superimposes warm analog synths onto self-described “confessional folk” with a simultaneously cosmic and earthly outcome. Tracked at home in the mountains of North Carolina using a vintage tape delay, electric guitar, and a homemade synthesizer he named ‘Balsam,’ the album is at once a lonesome push-pull of electronics humanized by folk elements, and folk music made alien by electronic adornments. O’Connell’s own story is just as captivatingly segmented, and he crafted the personal, cathartic, and at times confessional Half Mirror over the course of a decade.