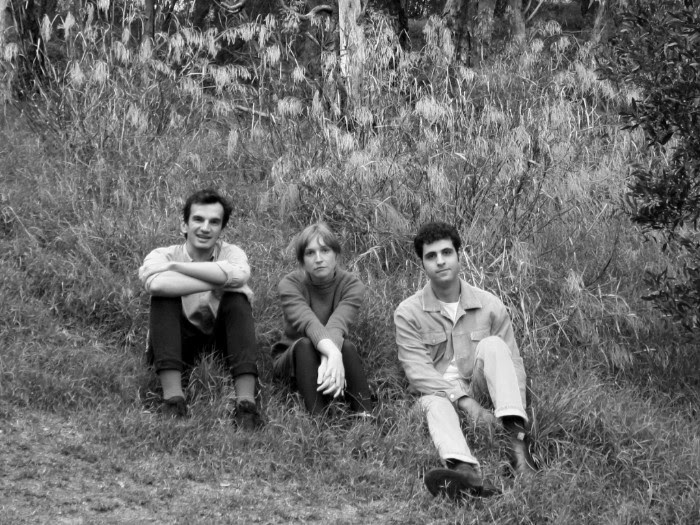 Melbourne, Australia’s Chook Race — Matt Liveriadis (bass), Carolyn Hawkins (drums/voc) and Robert Remedios (guitar/voc) — formed in 2010 as a scrappy, garage/surf band, but soon developed a greater pop sensibility, born of their love of Flying Nun bands and other bedroom favorites. After a string of tapes and 7-inches, Chook Race self-released their debut LP About Time in 2015. They now return with new album Around The House, set for a September 2nd release on Chicago’s Trouble in Mind Records. Earlier today, the band debuted the album’s first single, “Sometimes.”

Around The House is comprised of ten oddly withdrawn, yet highly personal tunes, performed by the band with a desperate urgency. Songs like the immediate and catchy “Sometimes” clang and clatter like chrome-plated pop earworms, insinuating themselves into your subconscious. Captured in a single day by Tom Hardisty (NUN, Woollen Kits) and mastered by Mikey Young (Total Control, Eddy Current Suppression Ring), Around The House has a compelling sound defined by jangly guitars, boy-girl harmonies and lyrical observations of the everyday.

Around The House is out September 2nd via Trouble In Mind Records. A fall tour, including a stop at Gonerfest in September, will be announced soon.