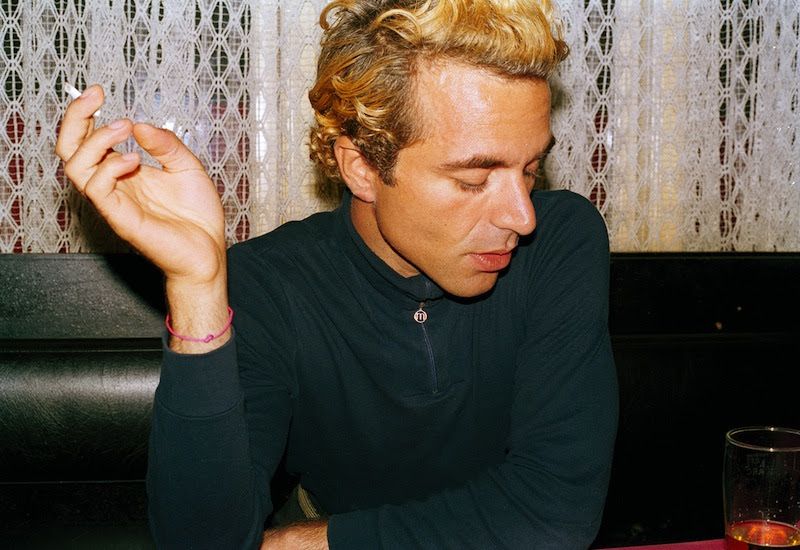 After recently announcing news of their forthcoming album ‘Grasque’, due Feb 19th via Ghostly International, Copenhagen-based Choir of Young Believers have shared the new video for ‘Jeg Ser Dig’. The band are set to play a London show April 8th at Oslo.

The new video is a collaboration between Sarag Laub, Frederik Sølberg and COYB frontman Jannis Noya Makrigiannis and sees Jannis embark on a motorcycle adventure, soundtracked by the smouldering electronics sounds of ‘Jeg Ser Dig’.

It was the end of 2013 and Jannis Noya Makrigiannis, the frontman and principal persona behind Choir of Young Believers, was worn out. He’d been touring the band’s last record — the haunting Rhine Gold, for the better part of a year and, when it was over, he felt confused, adrift and didn’t feel like playing music. He was doubting the future of the band. The way he coped was to detach. He postponed writing in favor of traveling, deciding that instead of diving back into the creation of another record, he would allow himself to move in whatever direction he desired. His impulses guided his decisions; he wasn’t feeling very inspired by the guitar or the piano, so he started to fiddle around with a small pocket sampler his mother got him for Christmas, using it to make small soundscapes, beats and collages.

Those early experiments became the building blocks for Grasque, from the warped, weird choral vocals that open ‘Serious Lover’ to breezey, breathy R&B of ‘Jeg Ser Dig,’ on which he sounds like a Scandinavian Sade. The record pulls in a host of unlikely influences: smoky jazz on the noirish ‘The Whirlpool Enigma’ twinkling pop on ‘Gamma Moth’ and sun-bathed soul on ‘Cloud Nine.’ It’s not so much a reinvention as a redirection, maintaining all of the group’s essential elements but setting them within a new context.

Much of that is because, when Makrigiannis started the project, it wasn’t meant to be a new COYBrecord. Having been inspired by everything from experimental electronic music to Danish ‘80s and ‘90s pop, to modern hip-hop and R&B to techno and westcoast slow jams, he’d made a new, imaginary band in his head called Grasque to reflect those influences. He quickly recorded both ‘Græske’ and ‘Face Melting’ with Aske Zidore, who had also produced Rhine Gold, and when Choir of Young Believersreconvened to tour with Depeche Mode, he wrote a few guitar-based songs to play live. Gradually, he realized all of his new ideas and music could melt together with Choir of Young Believers. A couple of months later, he and Aske went to a small Swedish farm for a week and came back with more than 10 hours of new music.

The result is an album that is confident and expansive, incorporating an encyclopedia of styles while still maintaining the essential elements of Choir of Young Believers’ DNA. It’s pop music, put through a kaleidoscopic filter. “I must admit, one of the things I worried about was ‘What will people think?’” Makrigiannis says. “With almost all of these songs, I had been in doubt. Some, I felt, were too poppy, others too experimental — some didn’t even feel like songs, but more like trips, or feelings. Some even had Danish and Greek lyrics. But now, it’s all Choir of Young Believers to me, and it feels great to have pushed the walls around the band, giving it a bit more space. It’s weird for me to think about all that doubt — ”Could I do this? Could I do that? I mean, it’s my f*cking band. I can do what I want with it. Right?”