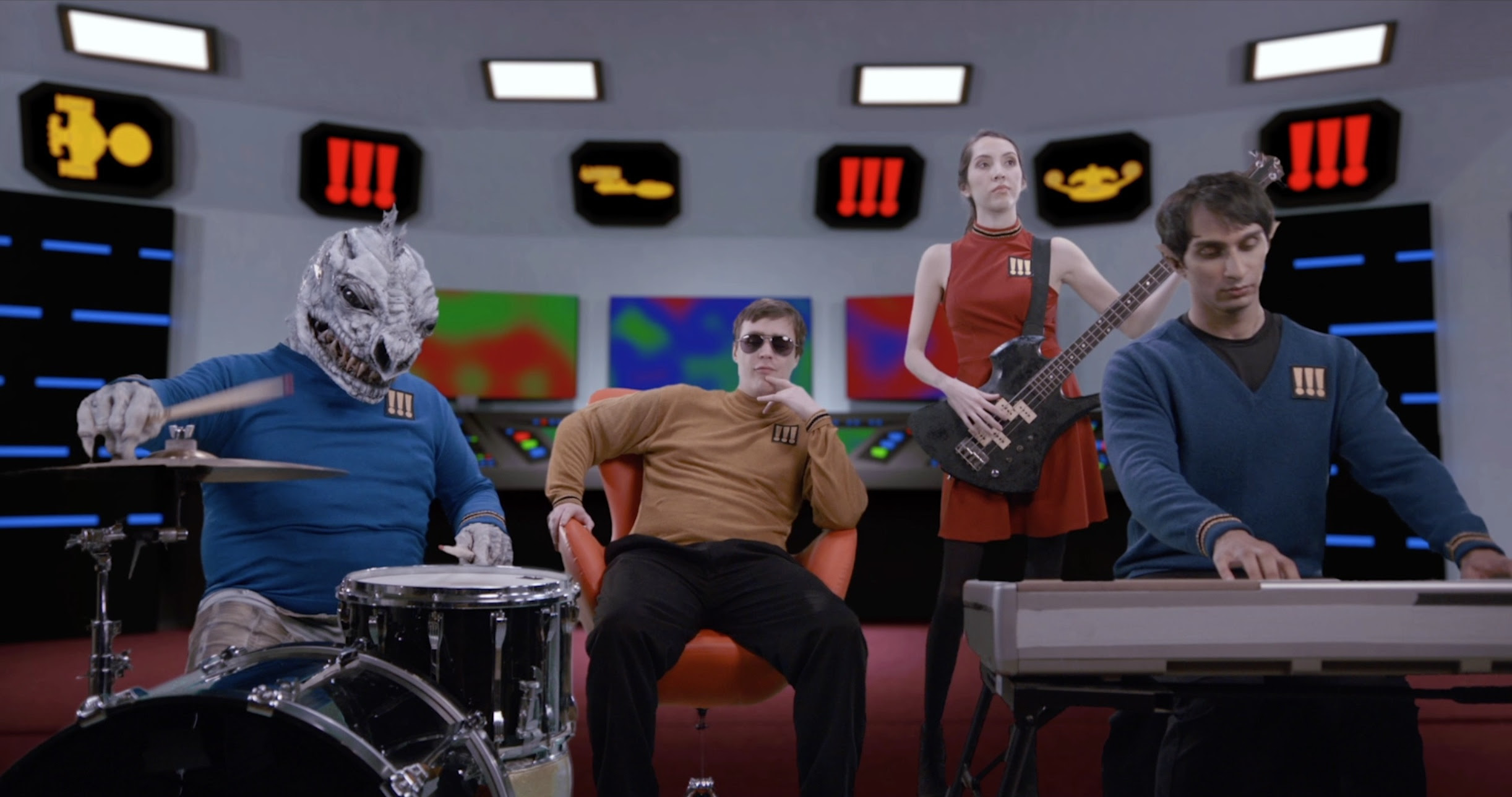 After the release of (!!!) Chk Chk Chk’s latest album As If, featuring “Freedom! ’15”, R&B tinted House track “Sick Ass Moon”, upbeat journey around the globe “Bam City”, and “Ooo” the a melancholy love tale set to a modern day, disco house pulse. “Ooo” is now getting a video courtesy of Casper Kelly, creator of Adult Swim’s viral sensation “Too Many Cooks” video. The hilarious “Ooo” video shows that dating woes are a universal issue.

From Casper Kelly:
“Ooo” started from a feeling of a relationship teetering on the edge of breaking up or going to the next level, combined with an instrumental section in the middle with echoey sounds that evoked photon torpedoes in science fiction battles. I decided to combine the two. I also liked the idea of combining the feeling of the Star Wars cantina bar with a college mixer. I tried to make it not too story oriented but I bit more abstract – I wanted a lot of the details of what happened between the Captain and the green woman implied or submerged. Lastly, I love combining repeating visual movements with the repetition in the wonderful chorus – hence the ship getting rocked by torpedoes and people scrambling in time with the beat. It was such a thrill to shoot. I wish I could live in the world of this video.”

The band also just started their US tour and have a special surprise this time. They’ll be supported on the road by Stereolad, which is them covering Stereolab. About the idea to tour as tribute band as support on their own shows, frontman Nic Offer says “Why? Just for a kicks, for a laugh, just cuz we want to. Same reasons we’ve been !!! all along. But seriously, we like a challenge, it seemed like a fun way to press our boundaries, we like to play, it was cheaper than hiring the real Stereolab to open for us and I look fantastic in a dress. So there. That seems like enough good reasons, no?”