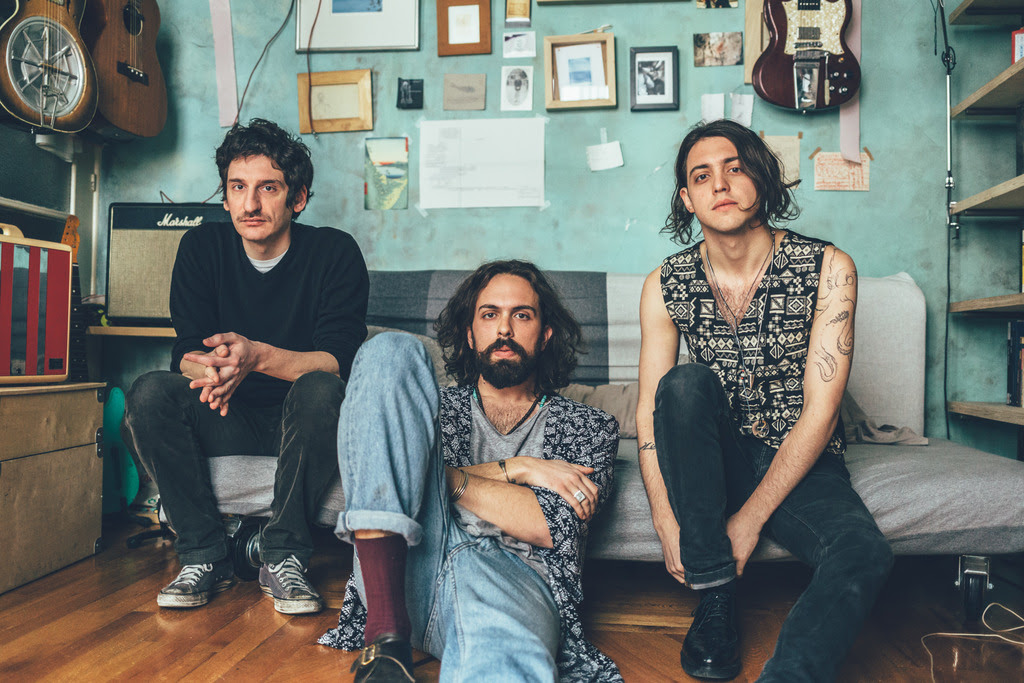 Chickn, the band from Athens, Greece make music, their work has been influenced by Eastern Mediterranean music, psyched-out space-rock and early progressive rock.

Angelos Krallis (vocals, guitars, lute, tsambouna, udu) grew up in Kos island, a Greek paradise close to the Anatolian coast of Turkey and hooked up with “rembetiko” musicians. Evangelos Aslanides (drums, percussion, djembe, darbuka, bendir) and Pantelis Karasevdas (drums, percussion, congas, djembe) coming from Exarchia, music scene of Athens. The main pillars of Chickn’s music is improvisation, as well as their tendency to embrace the unexpected. They have developed a large body of artists that they work with and as a result their liquid line-up gets temporarily solidified by their current expressive needs.

Chickn’s debut, self-titled, LP will be out 10/10/16 on Inner Ear Records. This is a radio zapping on a 68-minute car drive. This is a field unfolding in front of your very eyes and at the same time a call of wandering. This is an attempt of some people to invent themselves through playing. This is Jetztzeit rock. A sound conceived as jump in the free sky of history.

The album was composed by the Athens-based trio in Athens and Valencia from fragments of many years during the period 2014-2015. It was recorded from July to October 2015 in Sonic Playground Studio and in Iraklis Vlachakis’ home in Athens. The album was produced by Chickn and Nikos Triantafyllou and mastered by Alan Douches at West Side Studios in New York.