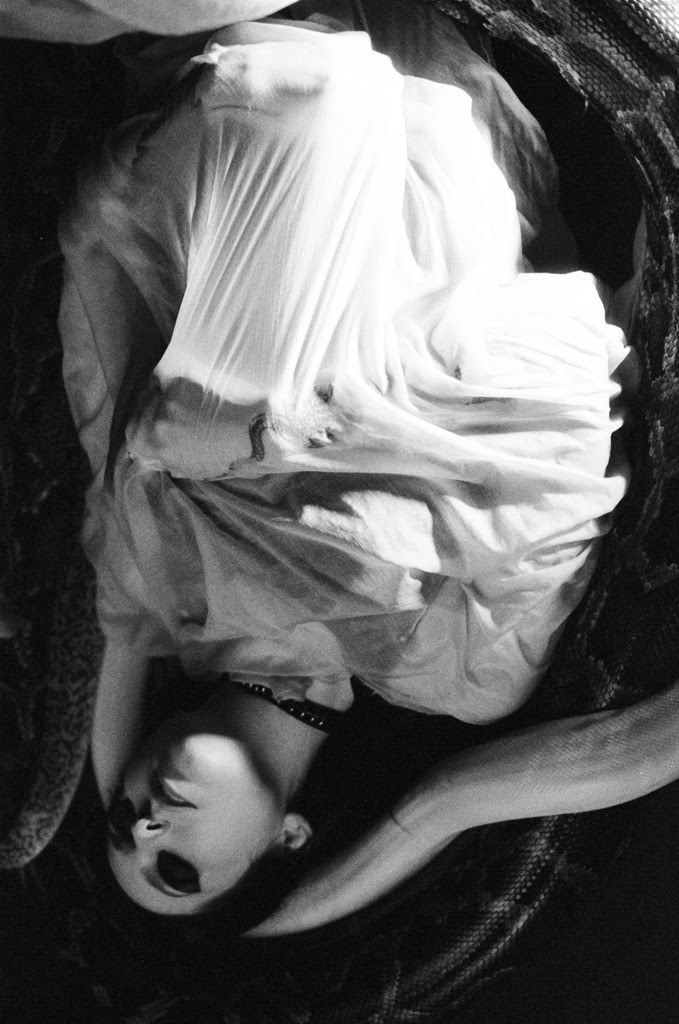 Chelsea Wolfe has shared a haunting new video for “Hypnos,” a b-side track from her most recent album Abyss. The video features Wolfe draped in serpents, fading between fleeting moments of clarity and pixelated visual noise. Hypnos was the Greek god of sleep, and this video translates Wolfe’s distorted love song of the same name into a stark, black-and-white hallucination. The video was self-directed by Wolfe, shot and edited by Ben Chisholm with additional camera by Ricky Verrett. The song is available on the Hypnos/Flame 7” and a special deluxe digital edition of Abyss, both of which are available April 1st. Pre-order is available for the 7” HERE, and digitally via iTunes HERE.

Chelsea Wolfe has added more cities to her N. American tour where she will be performing with full band playing material from Abyss as well as her older releases including Apokalypsis and more. Joining her on all dates will be new labelmates A Dead Forest Index, who are supporting their debut In All That Drifts From Summit Down coming out via Sargent House on April 29th.