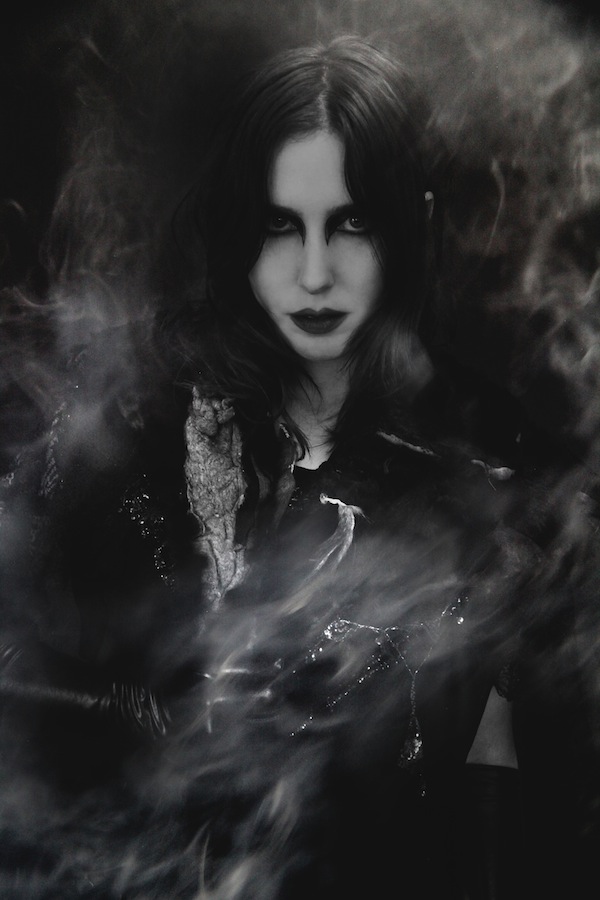 The singer-songwriter will perform live at Desert Daze this Saturday, May 2nd in Mecca, CA, with more tour dates to be announced at a later date, and fans can get an inside look at the recording process behind the album in this beautiful black & white short teaser film. The album artwork for Abyss was painted by renowned artist Henrik Uldalen.

Sleep paralysis plagues singer/songwriter Chelsea Wolfe, and that strange intersection of the conscious and the unconscious has inadvertently manifested itself within her work. But until now, Wolfe’s trials and tribulations with the boundaries between dreams and reality have only been a subconscious influence on her work. With her fifth album, Abyss, she deliberately confronts those boundaries and crafts a score to that realm she describes as the “hazy afterlife . . . an inverted thunderstorm . . . the dark backward . . . the abyss of time.”

“Abyss is meant to have the feeling of when you’re dreaming, and you briefly wake up, but then fall back asleep into the same dream, diving quickly into your own subconscious,” says Wolfe. To conjure this in-between world, Wolfe continued her ongoing collaboration with multi-instrumentalist and co-writer Ben Chisholm and drummer Dylan Fujioka, with Ezra Buchla brought on board to play viola and Mike Sullivan (Russian Circles) enlisted to contribute guitar. The ensemble traveled to Dallas, TX to record with producer John Congleton (Swans, St. Vincent). In the back of her mind burned the words of designer Yohji Yamamoto: “Perfection is ugly. Somewhere in the things humans make, I want to see scars, failure, disorder, distortion.” The resulting eleven songs reflect that philosophy as they smolder with human frailty, intimacy, quiet passion, anxiety, and deep longing.

The centerpiece of the album, where the abrupt tonal shifts, descending chord progressions, and climactic vocals illustrate Wolfe’s fascination with Memories, Dreams, Reflections by Carl Jung. “I let myself drop,” begins one of Jung’s recollections of his dreams. “I was so struck by that visual: the drop into the abyss of one’s own mind, allowing yourself to feel things you’ve hidden away, bringing them front and center. That became the goal of this album,” says Wolfe. That surrender can be heard in the slowly escalating cacophony of “Survive”, the penultimate square-wave hum and yearning of “Color of Blood”, and the clamorous piano loop and disorienting arrangement of the closing title track.

“Sleep and dream issues have followed me my whole life,” remarks Wolfe as she revisits notes from the writing and recording sessions. In a way, these issues have become a part of Chelsea Wolfe’s identity, for whom the notion of sleep as an escape has been subverted.