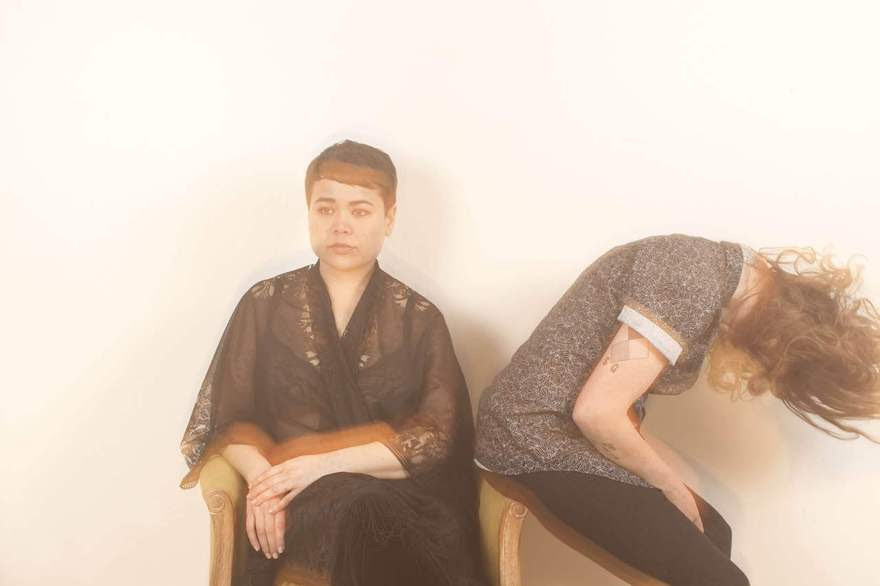 Chasms is the San Francisco based project of Jess Labrador and Shannon Madden. The duo crafts percussive dirges that are at once beautiful and menacing. Labrador’s haunting vocals and hypnotizing guitar work wade between rhythmic bass lines and bursts of Madden’s stinging feedback, laid on a bed of pummeling drum programming. The band’s affinity for industrial rhythms, swelling textures, precise minimalism, and chaotic eruptions of noise sounds as equally informed by shoegaze as drone and doom metal—to choose just one would be a disservice.

On The Legs Of Love Purified is the band’s debut full-length album. Written over the course of several years, the album explores the healing force of love and the exorcism of pain that inescapably accompanies it. Light cannot exist without dark, bliss without suffering. …Love Purified conjures this atmosphere of duality as it drifts through an expanse of emotion.

The Legs Of Love Purified: Tracklisting