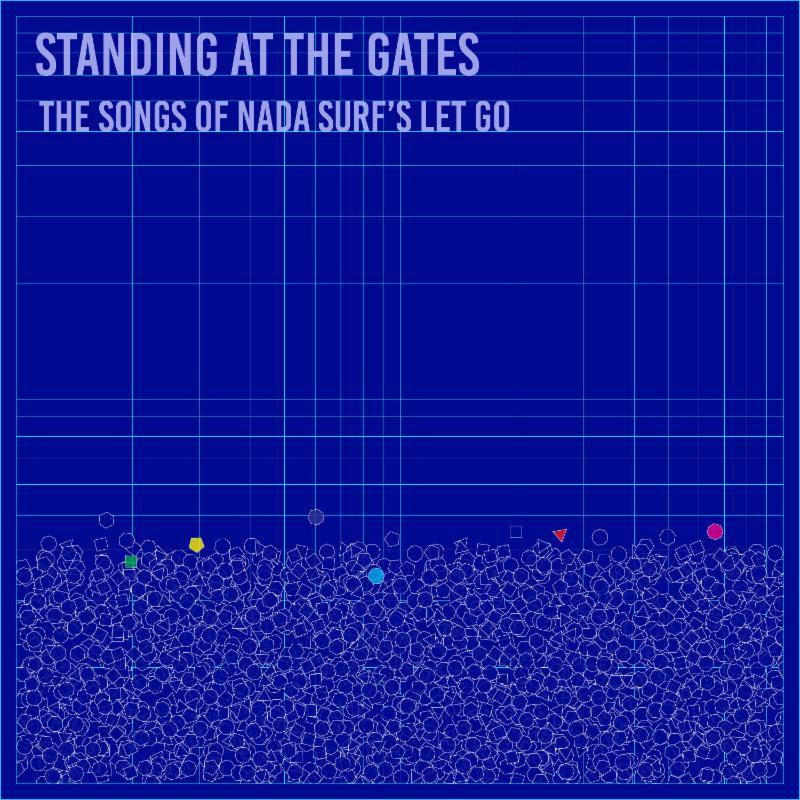 Nada Surf are excited to share Charly Bliss’ cover of “The Way You Wear Your Head” from Standing At The Gates: The Songs of Nada Surf’s Let Go, a self-released charity album featuring a diverse list of artists covering the seminal record in honor of its 15th anniversary. Standing At The Gates features covers by Aimee Mann, Rogue Wave, Manchester Orchestra and more. The full track list can be found below. Standing At The Gates will be released digitally tomorrow and on CD on March 2, 2018. Nada Surf supports the ACLU and The Pablove Foundation.

Standing At The Gates:
The Songs of Nada Surf’s Let Go
track list:

Nada Surf is also slated to tour in celebration of Let Go’s 15th anniversary. The shows are billed as ‘An Evening with Nada Surf, Celebrating the 15th Anniversary of Let Go.’ The band will perform Let Go, take a break, and return for a second set. There will be no support on these shows.

“getting dropped after our second record was kind of a blessing. we all of sudden had all this time to be back in our normal lives. there was just enough going with the band to justify not figuring out what the next step in life should be, what other career i should try and figure out. i didn’t make myself go to grad school or anything. i worked at the local record store, went to shows, messed around with home recording, buying and selling a couple of used 4-tracks and then 8-tracks, trying different set-ups. i lived in a rent-controlled apartment in williamsburg that was directly above a fruit and vegetable shop. the building i lived in was falling apart. the wind blew right through the walls. i had ice inside my windows in winter. i could make a little noise without bothering anyone. i bought a toy drum kit.

i went straight from college to working as a paralegal, then doing graveyard shift temping at an investment bank, then working at a magazine called guitar world, right up until our first day of preproduction for high/low. the first few years in the band were busy enough that my times at home always felt in-between. now i was in a kind of easy-going low-pressure post-college slightly directionless haze that i hadn’t had up until then. in terms of writing songs and making music, it was kind of like making a first album all over again. we didn’t have the sense that anyone was watching, we were back in a vacuum. that was very freeing.

i’m totally knocked out by the new versions of these songs, by so many of my favorite artists. i never would have suggested making this album, but i’m sure glad it happened!” – Matthew Caws

“I first heard Nada Surf on a mix CD a friend made me in high school that was pretty life-changing. It was 20+ songs from bands I had never heard of before. It opened the door to “underground” or “indie” music for me, and also the door to actually good songs being written by weirdos in the present day, which I didn’t know existed from listening to mostly south jersey pop-punk and hardcore music. I’m pretty sure it was the song “Paper Boats” from Let Go. I really sucked at making music back then so it’s cool to have this resurface many years later and be able to be apart of the compilation.” – Ron Gallo

“Not many people know this but the night I met my wife was at a Nada Surf gig in London at the Borderline; they are one of those bands that remain very dear to us, not just because Let Go was a record that we played to death but also because we were label mates, toured together and even released a split 7 inch (now I’m feeling pretty old)…when I was asked to record a version of “Fruit Fly” it made me laugh because I actually can’t stand fruitflies, but it’s such a beautiful song so the decision was obviously yes. Of course I had to take it down a key, because Matthew has such an amazing and pure voice that can effortlessly reach the high heavens & upper rafters! A honour and a privilege gentlemen. Perhaps I’ll be nicer to fruitlfies from now on.” – Ed Harcourt