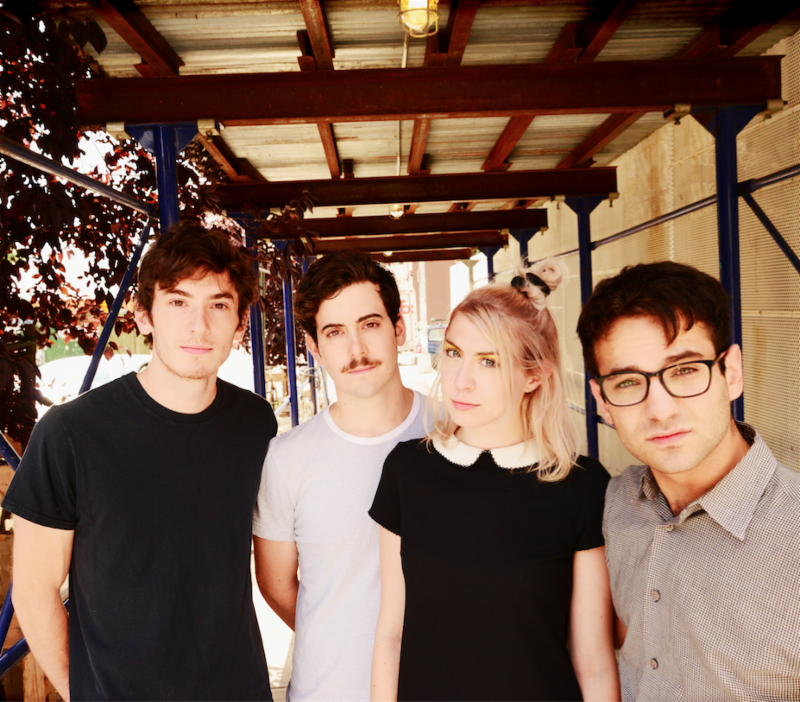 Brooklyn grunge-pop band Charly Bliss have announced a summer tour that includes dates with PUP and Rozwell Kid. Their energetic live show is not to be missed.

Brooklyn bubble-grunge four-piece Charly Bliss combine irrepressible pop sensibility with raw, punchy guitars. Eva Hendricks, the band’s charismatic singer jumps and kicks her way around the stage “as though she were the result of a laboratory fusion of Eddie Vedder and a punk-rock cheerleader” (The A.V. Club). The band’s songs have infectious, powerful melodies, displaying a supernatural knack for pop hooks.

Eva and guitarist/vocalist Spencer Fox met at NYC’s Webster Hall when they were 15, and soon began writing songs together over AOL Instant Messenger. They were later joined by drummer Sam Hendricks (Eva’s older brother) and bassist Dan Shure, and went on to release a three-song EP called Soft Serve along with an accompanying video and comic book trilogy

The band turns heads everywhere they go and have spent the past year refining their live show on the road opening for Veruca Salt, Sleater-Kinney, Tokyo Police Club, Glass Animals, and Darwin Deez. Watching the band’s infectious, fun-packed show is “like ripping off the wrapping of a present on Christmas Day” (Pancakes and Whiskey). Simply put: Charly Bliss is “one of those bands where you either like them or you’re wrong” (Upset Magazine).