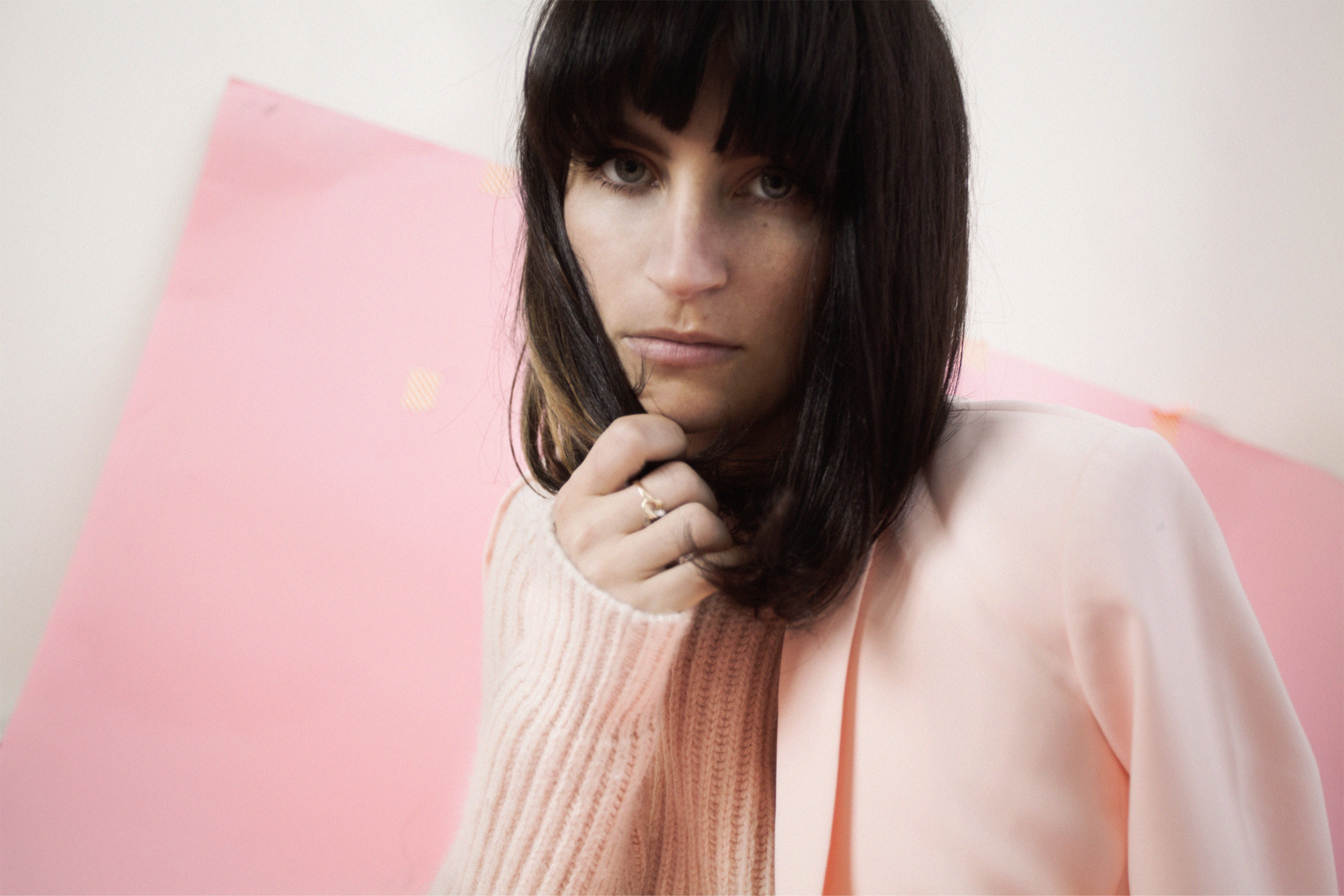 Charlie Hilton has shared a video for “Something For Us All.” The latest offering from her stunning debut album, Palana, out now on Captured Tracks. Recently, Charlie has also announced a string of Spring tour dates with Wild Nothing, Whitney and Mac DeMarco. All dates below.

From Captured Tracks: ABOUT CHARLIE HILTON:

Though she maintains some reservations about the implications of something as abstract as identity, Charlie Hilton, known up until now for her work in the band Blouse, has now forged a new one with her debut solo album, Palana. The album’s title itself is a nod to Hilton’s given Sanskrit name, an identity she shed completely after high school in favor of the androgynous “Charlie,” and Palana’s overarching theme can be summed up by a quote from Hermann Hesse’s Steppenwolf, a phrase Hilton cites as a personal mantra:

Enlisting Unknown Mortal Orchestra’s Jacob Portrait as producer, Hilton freely experimented with diverse sounds and moods -­-some minimal and some cacophonous-­-out of the confines of a band structure. “Funny Anyway” is truly stark, featuring only string accompaniments, with Hilton assuming a role akin to a confessional French chanteuse, while “Let’s Go to a Party” is Hilton’s cheeky take on an icy dance track with thick, bouncing synths and a chorus that echoes “I’m only happy when I’m dancing.” Alternatively, tracks like “Pony” harken back to the psychedelic strengths of Blouse, saluting bands like Broadcast and United States of America, and then there’s “100 Million,” the sole track produced by Woods’ Jarvis Taveniere that rounds out the album in a soft, acoustic and light-hearted way with labelmate Mac DeMarco lending his talents on instrumentals and back­-up vocals.