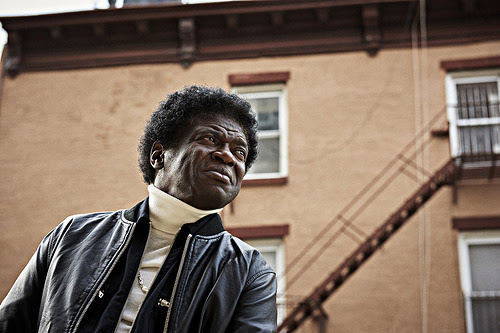 Charles Bradley just released a new track from “Change for the World”  the second song from his forthcoming release Changes, his third album due April 1 via Dunham / Daptone Records. Regarding the track, Bradley tells The FADER: “This world is in turmoil–guns, violence–people are feeling like they have no way out. Young people don’t know which way to turn. This song is about opening up our minds to understand–talk with the young people, hear what they have to say. We’ve got to change for the better of our souls. We’ve got to change our love. Get back to the golden rule and people’s sense of humanity.”

The remarkable against-all-odds rise of 67-year old, Brooklyn-based Charles Bradley has been well documented. He transcended a bleak life on the streets and struggled through a series of ill-fitting jobs before finally being discovered by Daptone’s Gabriel Roth. The year following the release of his 2011 debut album No Time For Dreaming. The soul singer’s ascent continued with the 2013 release of his second album Victim of Love, which saw Bradley emerging from his past heartaches stronger and more confident, overflowing with love to share.

6/15 Ewijk, Netherlands – Down The Rabbit Hole