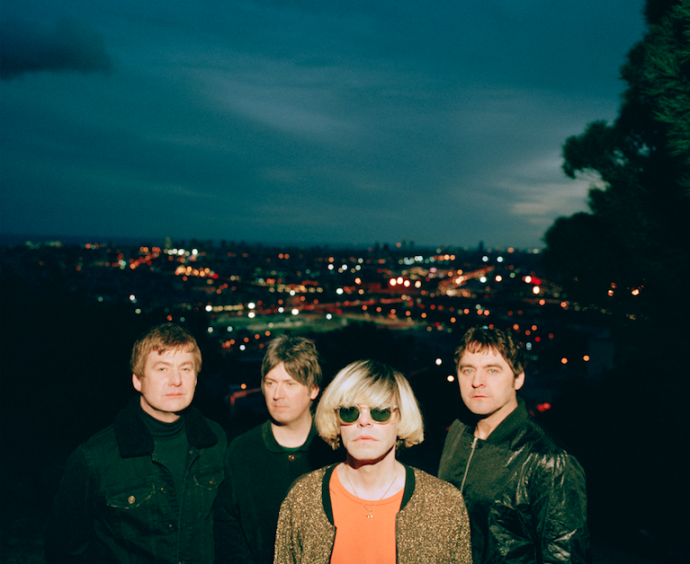 For decades on end The Charlatans have been making so much great music that it wasn’t a huge surprise when they dropped a new EP barely a year after their last album. The band’s endless creativity has also found them experimenting with their rhythm section while trying to promote their music in as many new ways as possible. We caught up with The Charlatan’s Tim Burgess ahead of their lengthy North American tour to discuss their insane album features and how they cranked out a follow-up record so fast.

Northern Transmissions: How did you start working with David Wrench for “Totally Eclipsing” and what did his range of experience bring to the album?

NT: On a similar note what did Jim Spencer offer the other songs on the EP?

TB: We’ve worked with Jim a lot over the years, and we’ve developed a great working relationship with him. We’d worked on everything with him first and then tried “Totally Eclipsing” with David. We met Jim in the ’90s so he’s our go-to guy, but it’s nice to work with someone else from time to time.

NT: Considering how close you are to your previous album, is this serving as a bridge to new material or did you really just need to get these ideas out before they got lost in the shuffle of touring?

TB: I’m not sure because we don’t have any songs going forward now. With the EP, I had a couple of ideas including the title track, and I’d run through them with Mark. It seemed like a good fit for a short story or something like that. I didn’t feel like committing to 13 tracks, but I was quite excited about doing four. It would be a fun, condensed time. We wrote more to make-up the whole, and I like the idea that we don’t have any more songs at the moment.

NT: You’ve also made a habit in recent years of working with a lot of different people outside of the band on Charlatans music, so what’s the key to balancing collaboration with maintaining your voice?

TB: There’s definitely an interesting idea to holding your voice. I really wanted Peter Salisbury to play drums on these latest four songs to help maintain the feeling of a band. It was something that we hadn’t really had since Jon Brookes (drummer) died. It’s been very interesting to try different drummers but we wanted to solidify it a bit with this album. There’s no collaboration on this record, it’s a bit of a reaction to the last album.

NT: How did your app album collection idea start and what’s led The Charlatans to making art about your music as subway maps, periodic tables, books, among other things?

TB: The iPhone started with a solo album I did, this group offered a platform for me to send out stems of songs for fans to remix. I thought it was really interesting and I wasn’t sure if it had been done. My label partner at O Genesis was working on the tube-map, and the books etc. We wanted to bring the music to life in different ways. So we tried an app and brought it to these people to see how far we could take it. It was an intense working relationship but they pulled it off.

NT: Why do you think something like this works where simply putting albums on Spotify or greatest hits don’t?

TB: I think it’s just because it’s not exciting. People want more and as a fan you want the best from your band. I love Spotify and I love making playlists but people can really underestimate their audiences.

NT: How have you managed running O Genesis records while keeping the band running so busily over the last few years, and what have been the most exciting moments for the label?

TB: I love doing the label, I don’t know why. (laughs) It can be really frustrating and it’s not a big moneymaking thing, not that that’s important. It’s about people who want to do something exciting, and bands I really like. It starts small with a few hundred 7″s and the whole process is really fulfilling.